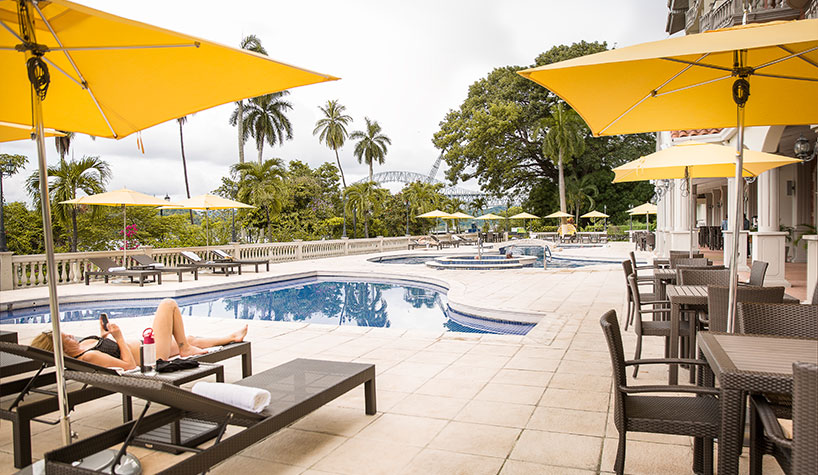 MINNEAPOLIS—Radisson Hotel Group is making moves around the globe. The hotel company opened a Panama City; a Radisson Blu is in the works abroad in Prague; and the brand’s team in Latin America has expanded.

Radisson Hotel Panama Canal has opened. The hotel is located in Panama City with views of the Panama Canal. The property is also near Albrook International Airport and Amador Convention Center, which is scheduled to open in December. The property was originally a Country Inn & Suites by Radisson and recently completed a nearly $2-million renovation to convert the property into a Radisson.

“We are thrilled to welcome this fantastic hotel as we continue growing the Radisson brand in Latin America,” said Frances Gonzalez, VP of operations for Radisson Hotel Group in Latin America. “The opening of this hotel aligns with our five-year strategic plan to tighten brand consistency and drive awareness of our hotels while delivering superior hospitality for our guests.”

Property highlights include 254 guestrooms and suites, a fitness center, business center, outdoor pool, free WiFi and a complimentary shuttle to the nearby mall. There are several onsite dining options at the hotel including Café 1914, offering 24-hour service; the Bridge View Restaurant, which is open for breakfast, lunch and dinner; a TGI Friday’s restaurant. In addition, there are 13 flexible meeting rooms.

The Radisson Blu Hotel, Prague will be a rebranding of an existing hotel and is scheduled to open in the second quarter of 2019. Located in Charles Sq. near Prague’s Old Town and New Town, the property will undergo a full renovation.

Accommodations will include 160 guestrooms, including premium suites. The dining facilities include a lobby bar and lounge, a terrace bar, and an all-day dining restaurant. The meetings and events area will be redesigned and will be comprised of six flexible conference rooms and a dedicated foyer. Elsewhere, there will be a gym and a spa treatment room.

Radisson Hotel Group has appointed two to its Americas development team. These new team members will play a role in driving development efforts across Latin America.

Tom Osborn joins Radisson Hotel Group as director of franchise sales & development. Osborn is based in Miami and will work towards increasing the presence of the company’s brands in the Caribbean. Prior to joining Radisson Hotel Group, Osborn had a career with Best Western International, where he was a regional director of North American development. In this role, he was responsible for development in the Midwest, Southeast, and Caribbean.

Adrian François also joins the team in a consultant capacity as director of franchise sales & development. François will focus on growing Radisson Hotel Group’s portfolio in South America specifically targeting Brazil, Bolivia, Chile, Argentina, Paraguay and Uruguay. He will be based in Rio de Janeiro. François has a sales and development background working for several hospitality companies in Latin America. Most recently, he served as director of sales & development for L.E. Hotels, where he planned and executed sales strategies to increase the company’s growth in Latin America.

“This is such an exciting time for Radisson Hotel Group as our organization continues to transform and we are seeing the power of the Radisson brand bring new synergies across our portfolio,” said Terry Sanders, chief development officer, Americas Radisson Hotel Group. “The addition of two strong leaders like Tom and Adrian will help us not only execute, but accelerate our growth strategy in Latin Americas as outlined in our five-year strategic plan.”