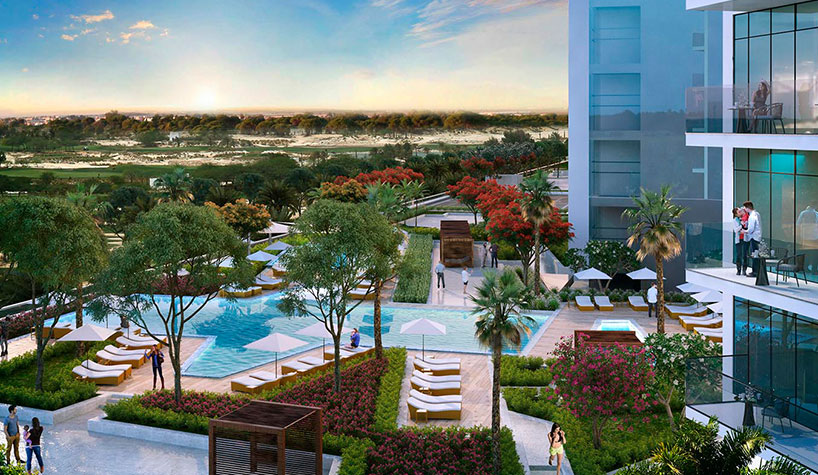 INTERNATIONAL REPORT—Radisson has expanded its brand in Dubai and Latvia, InterContinental will open a flagship in New Zealand, plus a hybrid Accor property is coming to Paris. Here’s a closer look at happenings abroad:

Radisson Brand to Arrive in Dubai

Radisson Hospitality AB has signed its first Radisson hotel in the Middle East at Dubai’s Damac Hills in the United Arab Emirates. The new signing is in partnership with Dubai-based real estate developer Damac Properties. The Radisson Hotel Group portfolio now has 81 hotels and more than 20,000 rooms in operation and under development across the Middle East region.

The new upscale, full-service hotel with Scandinavian-inspired hospitality will be part of a new residential community developed by Damac in Dubailand.

Under construction already, and due to open in Q4 2019, Radisson Hotel, Dubai Damac Hills will have 481 rooms, including one- and two-bedroom suites. In addition, it will have two restaurants, a gym, spa, kids club, meeting space and an outdoor swimming pool.

Radisson to Come to Latvia

Radisson Hospitality AB has signed a new Radisson in Latvia. Radisson Riga is being developed in collaboration with the group’s long-term partner, Astor Group. Currently named Astor Riga Hotel, it will be rebranded to the Radisson Old Town Riga Hotel later this year.

Home to 640,000 inhabitants, Riga is the largest city in the Baltic States and an economic and financial hub in the region. The hotel is situated at the entrance to the Old Town. It will have 60 designer guestrooms, a restaurant, bar and meeting rooms, as well as a summer terrace.

The Radisson Old Town Riga Hotel will be managed and operated by Radisson Hospitality AB.

Auckland will welcome a flagship InterContinental hotel in 2022 with IHG and Precinct Properties, the largest city center real estate owner in New Zealand, signing an agreement to open InterContinental Auckland.

InterContinental Auckland will be located on the city’s waterfront at 1 Queen St. It will complete the $1 billion Commercial Bay mixed-use development, which has the largest concentration of high-quality retail facilities in the city, according to the company, and a new 39-level office tower.

The waterfront development is Auckland’s newest, shopping, dining and social hub, offering a range of food and beverage outlets.

Novaxia and Jo&Joe to Launch Open House in Paris

Novaxia has completed the acquisition of 61 rue Buzenval and is beginning construction of a new hotel concept, the first Jo&Joe Open House in Paris, The Jo&Joe Paris Buzenval Open House. This is one of eight “Reinventing Paris” projects that have already begun work. Its aim is to promote mixed-use urban locations in order to better respond to changing trends in travel behavior, as well as offering public spaces open to all Parisians. Completion is expected in 2020.

This 15,769-sq.-ft. project was designed in conjunction with architects Studio Ory & Associés and has almost 160 beds. The building has modern wooden architecture that is environmentally friendly.