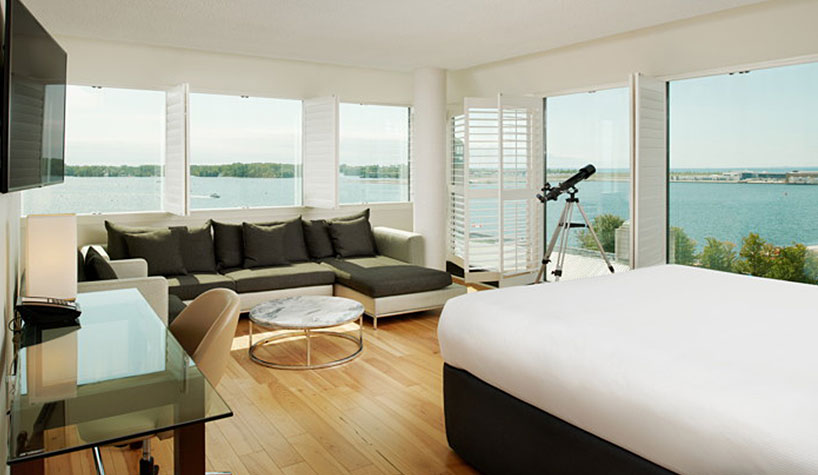 MINNEAPOLIS—The upper-upscale Radisson Blu brand has opened its first property in Canada, Radisson Blu Toronto Downtown. The opening kicks off a wave of growth for the brand. Before the end of 2020, Radisson Hotel Group will open Radisson Blu properties in Anaheim, CA; Punta Cana, DR; and Fargo, ND.

The hotel, which was originally the Radisson Admiral Toronto-Harbourfront, underwent an extensive renovation to become a Radisson Blu. Its 157 updated rooms with hardwood floors offer views of both the cityscape and Lake Ontario. The property also includes a fully renovated lobby, which includes a 24-hour grab-and-go market, and Watermark Restaurant, which offers Canadian dishes with locally sourced ingredients. The restaurant will be fully open in 2021.

Other amenities include Lakeview Pool Lounge, a rooftop pool overlooking the CN Tower and the lake; more than 12,000 sq. ft. of meeting space; and a fitness center.

The hotel is implementing the Radisson Hotels Safety Protocol program, the in-depth cleanliness and disinfection protocols developed in partnership with SGS. The hotel has also been certified by Safehotels, which includes a 10-step process involving more than 200 standards including fire safety, security training and crisis management.

The property is close to Toronto Pearson International Airport and Billy Bishop Toronto City Airport and nearby attractions include the Rogers Centre, Scotiabank Arena, the CN Tower and the Hockey Hall of Fame.