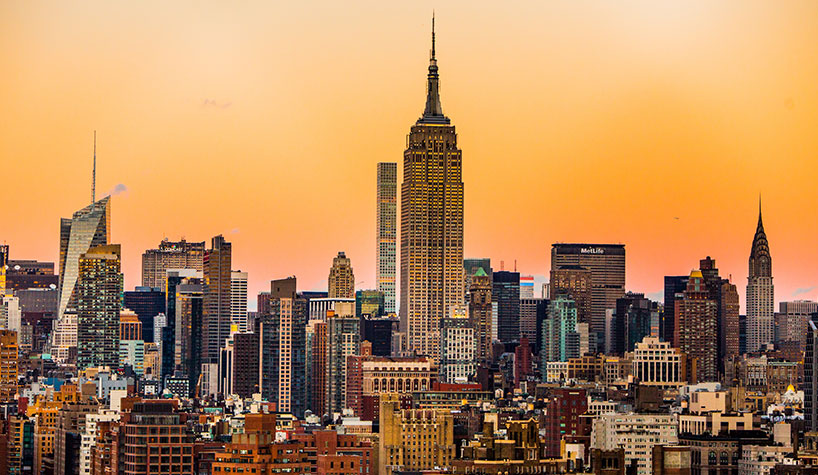 NEW YORK—The Fourth Quarter 2018 edition of the PwC Manhattan Lodging Index has been released. According to the report, RevPAR reached the highest fourth quarter average since 2006, as growth in ADR rebounded at Manhattan hotels. During the quarter, lodging supply, which continued to outpace growth in demand, resulted in declines in occupancy. With strong commercial traveler demand during the first half of the quarter, coupled with price-elastic holiday tourism in the latter half, Manhattan room rates finished the quarter at an average of $328 per night.

Representing a 2.8% increase from prior year levels, fourth quarter RevPAR was driven entirely by growth in ADR of 3.5%. Despite declines in occupancy during the second half of 2018, fourth quarter occupancy of 89.9% contributed to the highest annual occupancy rate for Manhattan hotels over the 24-year period tracked, according to PwC.

Across all Manhattan hotel classes, PwC found that upper-midscale properties exhibited the most robust growth in RevPAR for the quarter. Increasing 5.3% over Q4 2017 levels, growth in upper-midscale RevPAR was largely driven by an increase in ADR of 4.6%. For luxury and upscale hotel properties, where occupancy fell to 84.8% and 92.1% respectively, fourth quarter RevPAR growth was lifted by increases in ADR of 5.1% and 3.8%, respectively. In Q4, upper-upscale properties posted the lowest growth in RevPAR of all Manhattan hotel classes, with occupancy remaining flat and ADR growth averaging 1.3% over the prior year.