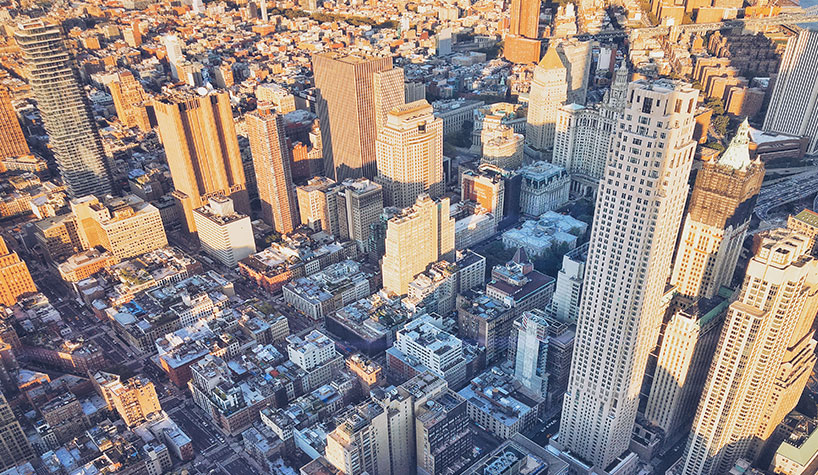 NEW YORK—Revenue per available room (RevPAR) fell to the lowest first quarter average since 2011, as average daily room rate (ADR) declined across all Manhattan submarkets, according to the First Quarter 2019 edition of the PwC Manhattan Lodging Index.

During the quarter, increases in lodging supply, which continued to outpace growth in demand, resulted in the largest year-over-year decline in occupancy since 2009, according to the report. Despite more positive expectations coming into the New Year, the quarter ended on a weak finish with March RevPAR down 11.1%.

With a 7.7% decrease from prior-year levels, first quarter RevPAR was driven by a combined decline in ADR and occupancies. With what should have been a favorable calendar shift of the Easter holiday to April this year, March 2019 results were particularly disappointing, according to the findings. Falling by 3.6% from prior-year levels, Q1 occupancy finished the quarter at 78.2%, compared to 81.2% in the first quarter of 2018. 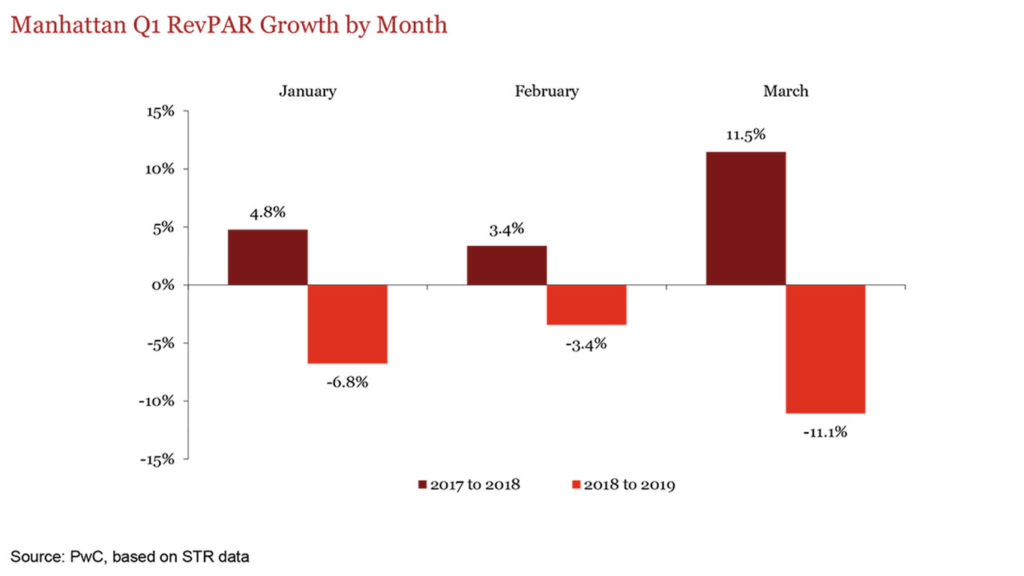 Across all Manhattan hotel classes, luxury properties exhibited the most notable decline in RevPAR for the quarter. Decreasing by 10.2% over Q1 2018 levels, luxury RevPAR was largely driven by a decline in occupancy of 7.7%. For upper-upscale and upscale hotel properties, where occupancy fell 2.6% and 2.1%, respectively, first-quarter RevPAR was also impaired by decreases in ADR of 4.6% and 3.6%, respectively. In Q1, upper-midscale properties posted the smallest decline in RevPAR of all Manhattan hotel classes, with occupancy and ADR falling by 2.5% and 2.3%, respectively.

The Midtown East and Midtown South submarkets experienced year-over-year decreases in ADR of 3.1% and 2.6%, respectively. Despite initial optimism that March would outperform following the Easter holiday shift, respective declines in occupancy of 3.7% and 3.4% further depressed the year-over-year picture for these two Manhattan neighborhoods.

During Q1 2019, Lower Manhattan posted the largest decline in ADR, at 5.4%. While room demand increased by approximately 6.1% over the same period, growth in room supply of 9.3% placed downward pressure on first-quarter occupancy for this submarket.