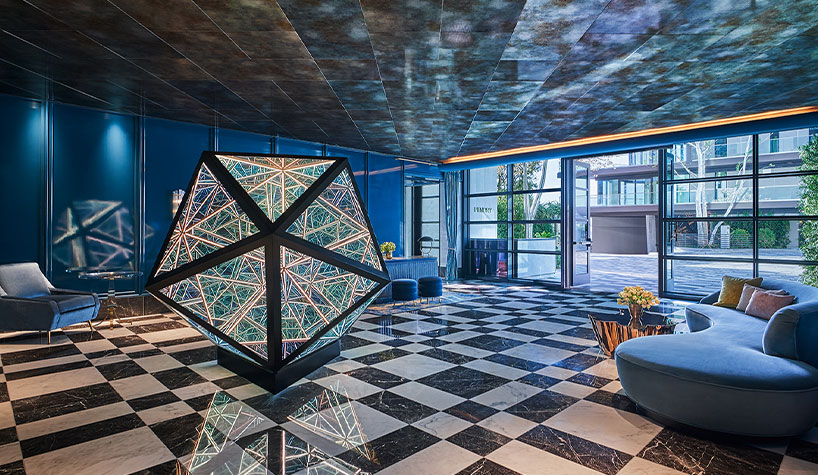 Recent openings in the U.S. include the first Pendry hotel in Los Angeles, the debut of the Moxy brand in Oakland, CA, and more.

The hotel’s opening also marks the return of celebrity Chef Wolfgang Puck to West Hollywood, with the debut of Merois and Ospero by Wolfgang Puck Fine Dining Group.

Located along a full city block along the famed Sunset Strip at the intersection of Sunset Blvd. and Olive Dr. in West Hollywood, the property was designed by architecture and interior design firm Ehrlich Yanai Rhee Chaney Architects and executed by Cuningham Group Architects with interiors by Martin Brudnizki Design Studio.

The 172-room boutique hotel offers free WiFi, 434 sq. ft. of meeting space and a fitness center. It also features a unique bar check-in experience where guests not only receive their room key, but also a craft cocktail or non-alcoholic beverage on the house.

Built by the Houston office of Arch-Con Corporation and designed by MCS Architects, the hotels’ shared offerings include complimentary breakfast, an outdoor swimming pool on a rooftop deck with skyline views, guestrooms with 9- to 11-ft. ceilings, free WiFi, a 24-hour business center, a fitness center, a dog run and on-site guest laundry facilities.

All 150 rooms at the Staybridge Suites include a full-size refrigerator with icemaker, microwave, toaster, coffee maker, dishwasher and kitchenware, as well as access to complimentary storage units for longer-term stays. The Holiday Inn Express features 169 rooms.

The property has 105 guestrooms distributed over six floors, each with a 55-in. flat-screen smart television with access to streaming content, an integrated work desk, seating area and a bathroom with rainfall showerheads and Korres amenities. The hotel also offers AC Kitchen, AC Lounge, 935 sq. ft. of meeting space for up to 65 people; a 24/7 fitness studio; valet parking for hotel guests and visitors who need parking to access the downtown area; and complimentary WiFi in the lobby and public spaces. The 7R Bar, located on the rooftop of the hotel, is slated to open in early summer.