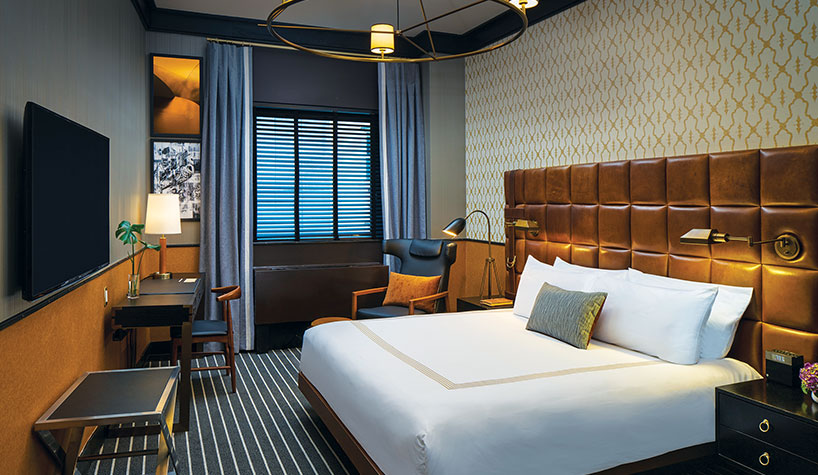 Gild Hall, New York is one of the first properties sold as part of Pebblebrook's strategic disposition program.

BETHESDA, MD—Pebblebrook Hotel Trust has completed its previously announced acquisition of LaSalle Hotel Properties. With a portfolio of 64 upper-upscale and luxury hotels in or near 18 key urban markets, the combined company is now the largest owner of independent, lifestyle hotels.

“We are thrilled to bring together these two outstanding companies to create the premier, best-in-class lodging REIT, which we expect will maximize long-term value for all of our shareholders,” said Jon E. Bortz, chairman, president and CEO of Pebblebrook. “We are eager to begin realizing the substantial benefits of this strategic combination as we execute our proven strategies with our newly expanded and diversified portfolio of unique hotels and resorts. I want to acknowledge Michael Barnello for his two decades of accomplishments at LaSalle and welcome LaSalle’s employees to our Pebblebrook family as we take the next step in the evolution of our company.”

In connection with the closing of the merger, five hotels were sold, generating $820.8 million of gross proceeds. The aggregate gross sales proceeds reflect a 15.6x EBITDA multiple and a 5.5% net operating income capitalization rate (after an assumed annual capital reserve of 4% of total hotel revenues) based on the trailing twelve-month operating performance for the period ended October 31, 2018. The gross sales prices and hotels sold were as follows:

The sales of Gild Hall, New York and Embassy Suites Philadelphia City Center for a combined $105.8 million of gross proceeds represent the first sales pursuant to Pebblebrook’s previously announced strategic disposition program to sell between $750 million and $1.25 billion of LaSalle-legacy hotels over the next six to twelve months. The strategic disposition program will reduce Pebblebrook’s debt leverage while enhancing the quality and growth of the combined portfolio. As a result of these completed property sales and lower than previously forecasted merger transaction-related costs, Pebblebrook’s total net debt to trailing 12-month corporate EBITDA is estimated to be 5.1 times.

“Our completed property sales demonstrate our ability to quickly execute on our strategic disposition program,” noted Thomas C. Fisher, CIO of Pebblebrook. “We continue to be encouraged with the level of buyer interest in the assets that we are actively marketing for disposition.”