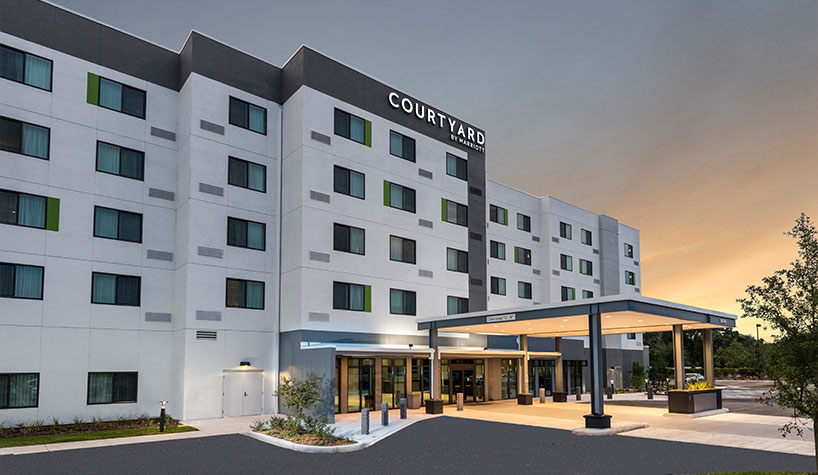 IHG Named Hotel & Hotel Loyalty Partner of the U.S. Open Tennis Championships
IHG Hotels & Resorts has a new partnership that names the global brand as the official hotel and hotel loyalty partner for the U.S. Open Tennis Championships. The multi-year agreement, commencing with the 2019 U.S. Open, also includes sponsorship of the Western & Southern Open in Cincinnati, part of the U.S. Open Series. Guests and IHG Rewards Club members gain access to exclusive U.S. Open experiences and opportunities to experience the brands on site at the USTA National Tennis Center in Flushing Meadows, Queens, NY, during the tournament.

Forbes Releases America’s Best Midsize Employers
Forbes recently came out with its America’s Best Midsize Employers rankings. In collaboration with analytics firm Statista, Forbes selected America’s Best Employers based on an independent survey from a vast sample of more than 50,000 U.S. employees working for companies employing at least 1,000 people in their U.S. operations. Among the rankings were TripAdvisor (#1), Choice Hotels International (#193), RLH Corporation (#253), Best Western International (#352) among others.

The surveys were administered in a series of online panels and provide a representative sample of the U.S. workforce. All the surveys were anonymous, allowing participants to openly share their opinions. The respondents were asked to rate, on a scale of zero to 10, how likely they’d be to recommend their employer to others. Statista then asked respondents to nominate organizations in industries outside their own. The final midsize list ranks the 500 employers that received the most recommendations.

White Lodging Named One of Gallup’s Great Workplaces
White Lodging was honored with the Gallup Great Workplace Award for the second consecutive year. Only 40 companies from across the globe are designated with the honor in 2019, and White Lodging is the only U.S.-based hospitality company on the list. The award was created to recognize organizations for their extraordinary ability to create engaged workplace cultures that drive business outcomes.