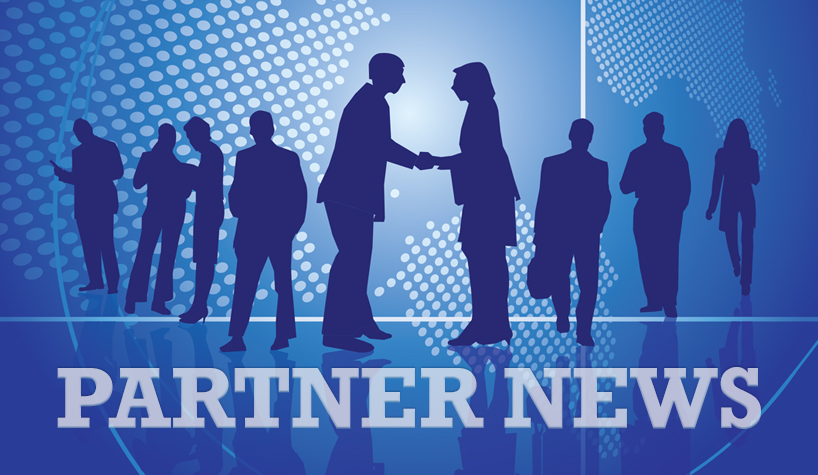 As he begins his third year at the company’s helm, Choice Hotels International, Inc. President/CEO Pat Pacious has been named one of 2019’s Best CEOs of large companies by Comparably, a workplace culture and compensation monitoring site.

“This honor is made possible by our 1,700 associates across the globe, all of whom have contributed to taking Choice Hotels’ business to new heights,” said Pacious. “Together, we support our powerful network of 12,000 franchisees—the majority of whom are small businesses owners—in their efforts to serve their guests, employees, local communities and families as they pursue their entrepreneurial dreams. This award is a reflection of our efforts to build a welcoming and respectful culture of inclusion.”

Pacious has been company’s president and CEO since September 2017. Throughout his nearly 15 years of leadership in increasingly senior roles at Choice, Pacious has led enterprise-wide technology transformation initiatives, revitalized legacy brands, launched new brands and acquired a brand that is the fastest growing in its segment. In 2018, Choice Hotels reported more than $1 billion in revenue; exceeded 7,000 hotels in its global system; expanded its pipeline to more than 1,000 hotels, the largest in company history; and drove an increase in the company’s 10- year total shareholder return to 278%.

Among Choice associates, Pacious’ focus has been centered around the creation of an inclusive and performance-based corporate culture. The company has been recognized as a best-in-class employer by several groups since Pacious took the reins as CEO. Recent company accolades include:

“The best executives not only possess strong leadership skills that drive business objectives, they are transparent and personally engaged with their teams,” said Comparably CEO Jason Nazar. “The outstanding leaders on our annual Best CEOs list have these attributes and more, according to employee sentiment on Comparably.com within the last year.”

The Orlando Economic Partnership has awarded its James B. Greene award, the highest honor bestowed by the organization to a local community leader, Harris Rosen, president/COO, Rosen Hotels & Resorts. The award was presented at the Partnership’s recent annual awards dinner held at the Amway Center in downtown Orlando.

The award, first presented in 1990, recognizes an individual whose work has contributed substantially to the economic prosperity of the region. “Harris Rosen has been a true leader in our Central Florida community for decades,” said William T. Dymond, Jr., partnership board chair, CEO/president of Lowndes and past James B. Greene recipient. “His dedication to the Orlando region and its residents is evidenced by a legacy of philanthropic impact that spans the educational spectrum, from the Tangelo Park Program offering access to free preschool to the Rosen College of Hospitality Management, which has grown into the largest college of its type in the nation.”

Rosen began his career at the Waldorf Astoria in New York City as a file clerk in human resources and worked his way through the ranks of the hospitality industry before purchasing his first hotel, the Quality Inn International (now the Rosen Inn International) near Sand Lake Road and International Drive in 1974. 45 years later, Rosen is Florida’s largest independent hotelier with more than 4,400 associates serving guests at his eight Orlando hotels.

In order to provide a specialized education in hospitality, he opened the Rosen College of Hospitality Management at the University of Central Florida, which now ranks No. 2 among hospitality colleges worldwide and is one of the fastest growing colleges in the U.S., with more than 3,500 students enrolled annually.

Rosen is also a champion for achievement through education and has demonstrated this through his commitment to provide free pre-school in the underserved Orlando community of Tangelo Park. Additionally, all students who graduate from high school in this community and plan to attend college or a trade school receive an all-expense paid college, vocational or technical education including books, tuition and room and board – all paid for by Rosen. The Tangelo Park Program provides an impressive 7:1 return on every dollar Rosen contributes to the program. He has now extended this same plan to the Parramore neighborhood in Orlando.

Local Measure has entered into an agreement to acquire Loopon, a customer engagement platform which operates in the hospitality and leisure industries.

Loopon is an all-in-one tool for every stage of the customer journey, allowing businesses to communicate with their customers pre-visit, during-visit and post-visit while driving upsells and personalized experiences.

Loopon has grown quickly in Europe since 2010 due to its ability to monetize guest insights through pre-arrival customer emails and upselling, as well as brand reputation management for its customers. The client list includes the largest hotel chains in Scandinavia, as well as European restaurants, cruise lines and theme parks. Its success over the last several years has been driven and supported by CEO/founder Simon Finne, who will continue to run Loopon and move into a regional leadership role with Local Measure.

Jonathan Barouch, CEO of Local Measure commented, “I am delighted to announce that Local Measure has signed an agreement to acquire Loopon, a significant European player in customer experience software with a large and loyal customer base. Loopon understands the value of customer intelligence and connecting the physical and digital experiences throughout the customer journey, from pre-visit through to post-visit. Over the last few months I have been impressed by Loopon’s team and company culture which aligns to our own values and vision.”

Local Measure’s customer experience platform pulls together customer insights from on-premise Cisco Wi-Fi, during-visit feedback, social media and one-to-one messaging. With the additional capabilities brought on through Loopon, Local Measure’s platform will be able to deliver on the pre- and post-visit functions in demand from hospitality and retail businesses as well as helping its existing customers with reputation management and driving incremental share of wallet from their customers.

Simon commented, “After 10 years of developing Loopon and establishing it as a leading guest communication and reputation management platform for hospitality businesses in Europe, I am excited to enter into this next chapter which will marry the core strengths of both Loopon and Local Measure so that we can deliver next-generation customer experience management capabilities and solve key business problems for the industries we serve,” said Finne.

Monica Salter, VP, corporate communications with Outrigger Hospitality Group, has been named one of the Top 25 Most Extraordinary Minds of 2019 by Hospitality Sales & Marketing Association International (HSMAI).

The award honors the top leaders in sales, marketing and revenue optimization during the HSMAI Adrian Awards – a NYC event where the most innovative hospitality, travel and tourism accomplishments in the past year are honored by industry colleagues in January 2020.

Carefully curated by a panel of senior industry executives, the “Top 25” award recipients are high achievers who were recognized for their abilities to execute cutting-edge marketing programs, triumph in challenging situations and generate measurable gains for leading brands. Most recently, Salter was celebrated at “The Outrigger Way Awards” as the 2019 recipient of the Chief Executive Ofﬁcer Award, honoring her contributions to Outrigger’s success and excellence in leadership at the executive level.

Salter has been a member of the Outrigger Hospitality Group executive team since 2016, overseeing strategy and direction for both internal and external communications to elevate Outrigger’s brand awareness worldwide. She additionally serves as the primary media contact during crisis situations and manages all global public relations partners and in-house team.

The company also made additions to its corporate team.

Taro Sawabe has been named assistant director-market development with a focus on Asia and Japan. He responsible for developing and facilitating progressive business flow with Outrigger’s Asia and Japan accounts through effective communication and account management. Prior to joining Outrigger, he served as operations manager at Kahala Resort. He also brings experience from serving in several sales and marketing capacities at the Ritz Carlton Okinawa, Sheraton Grande Tokyo Bay and the Westin Resort Guam.

Westgate Resorts was named Best Independent Hotel Brand at the 2019 American Group Travel Awards (AGTA) for the fourth year in a row. The awards, which are organized by HotelPlanner.com, recognize leading suppliers and organizations in the North American group travel sector.

Sixteen awards were presented this month at a ceremony in Miami honoring leading organizations ranging from hotels and resorts to ground transportation, city destinations, ocean cruise lines and more.

“All of the nominees continue to raise the bar by providing services that not only meet but exceed customer expectations. It is an honor to celebrate their terrific achievements,” said Tim Hentschel, CEO, HotelPlanner.

Attended by more than 300 industry executives, travel organizers and media publications, the awards show was a successful celebratory night for the group travel industry.