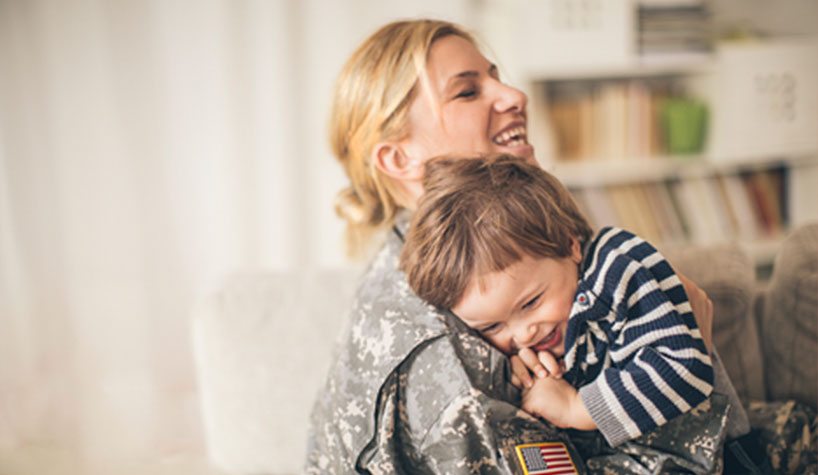 Country Inn & Suites by Radisson has named the USO as the official partner of its Military 1st program.

Guests of Country Inn & Suites by Radisson in all U.S. locations will be able to write a note of thanks to service members, which in turn will be mailed in care packages delivered to USO locations around the globe.

“We are excited to partner with the USO to be able to say thank you to our service members who work tirelessly and make sacrifices to protect our freedom,” said Catherine Higgins Whiteside, VP of marketing, Americas. “We invite each of our guests and our community to visit our Country Inn & Suites by Radisson locations to write notes of thanks all year long.”

Country Inn & Suites by Radisson has thank-you-note stations at more than 460 hotels throughout the U.S. Last year, the USO distributed more than 100,000 care packages to deployed service members around the world and expects to expand delivery by 50% in 2019 due to increased demand.

“We are delighted to be part of the Military 1st program with Country Inn & Suites by Radisson and appreciate the hotel’s continued commitment to our armed forces,” said Chad Hartman, USO VP of development and corporate alliances. “It takes a grateful nation to help our troops and their families stay strong, and these messages of support will make the care packages especially meaningful.”

Broadvine has released several product enhancements to increase the breadth and flexibility of its budgeting and forecasting application.

New capabilities include initializing a plan from the trailing 12 months of actuals or based on best case logic, which uses a combination of actuals, forecast and budget values. Additionally, driver values can be automatically reverse-calculated from the source data.

The application platform provides real-time data and analysis for use in making more strategic and profitable decisions. By consolidating data from various property management systems, third-party data sources, time and attendance systems, and the accounting platform, owners and operators have complete revenue and statistical analysis reports and insights to make better decisions—all in real-time and across their portfolio.

“The GM Education Forum was designed to provide our franchise partners with an educational event to improve their revenue potential, operational efficiency and leadership skills,” said Jon Kennedy, president of GrandStay Hospitality LLC. “Each year, GrandStay holds an educational event to provide the exchange of ideas and shared knowledge to enhance the bottom line for our franchisees.”

The event included a celebration of the top performers from 2018, which included the Strategic Partner of the Year presented to Hubbard Interactive. “Hubbard has been a great strategic partner for our hotels,” said Kennedy. “Daniel Anderson with Hubbard and the entire Hubbard team has provided a state-of-the-art social media program for GrandStay. Their commitment to our brand and the great support for our hotels is unmatched.”

He has praise for DesignWise as well. “DesignWise has been a great vendor partner for our hotels. David Janssen and George Janssen and the entire DesignWise team have provided excellent service and support for products in the design and fulfillment to our brand.”

MGM has received the “Asia Responsible Enterprise Awards” (AREA) from Enterprise Asia, the only enterprise in Macau to have won this regional accolade.

The award is a statement of further recognition that MGM is dedicated to making great moments for Macau’s community. This year’s Asia Responsible Enterprise Awards ceremony took place in Taipei, Taiwan. The award recognizes deserving Asian businesses for championing sustainable and responsible business practices. It brought together top industry leaders in the region to celebrate outstanding achievements in the field of corporate social responsibility and to recognize Asian enterprises as being at the forefront of sustainable and responsible entrepreneurship.

MGM is the only winner in Macau in the whole award program, and has been recognized in the category of “Investment in People” with its “Making Great Moments – Employee Development and Employee Engagement” project. This award demonstrated the company’s commitment to continuous enhancement in training and support, as well as creating an engaging, empowering and supportive work environment for its Golden Lion Team.

“At MGM, we believe that our future is being shaped by our own people and, therefore, we are committed to investing in our team members and our community,” said Grant Bowie, CEO/executive director of MGM China Holdings Limited. “We pledge to ‘Make Great Moments’ for them and will continue to motivate them to reach their full potential through a variety of training and development programs, while finding innovative ways to give back to the community.”

In 2018, MGM and its team served the Macau community in numerous ways: The Volunteer Team completed the highest record ever of more than 10,000 hours of community service through 105 community events. For its team members, MGM provided 917,000 training hours and hosted a variety of team-building initiatives.

A total of 55 of RIU Hotels & Resorts have received the “Certificate of Excellence 2019” by TripAdvisor.

The award celebrates hospitality excellence and is given only to hotels that consistently achieve outstanding reviews from travelers on TripAdvisor. The RIU Hotels recognized with the “Certificate of Excellence 2019” are located in Spain, Portugal, Cape Verde, Mexico, Dominican Republic, Jamaica, Panama, Morocco, Aruba, Costa Rica, Mauritius, Tanzania, Germany, U.S., Ireland and Sri Lanka.

The hotels from RIU Hotels & Resorts recognized with the “Certificate of Excellence 2019” by Tripadvisor are: