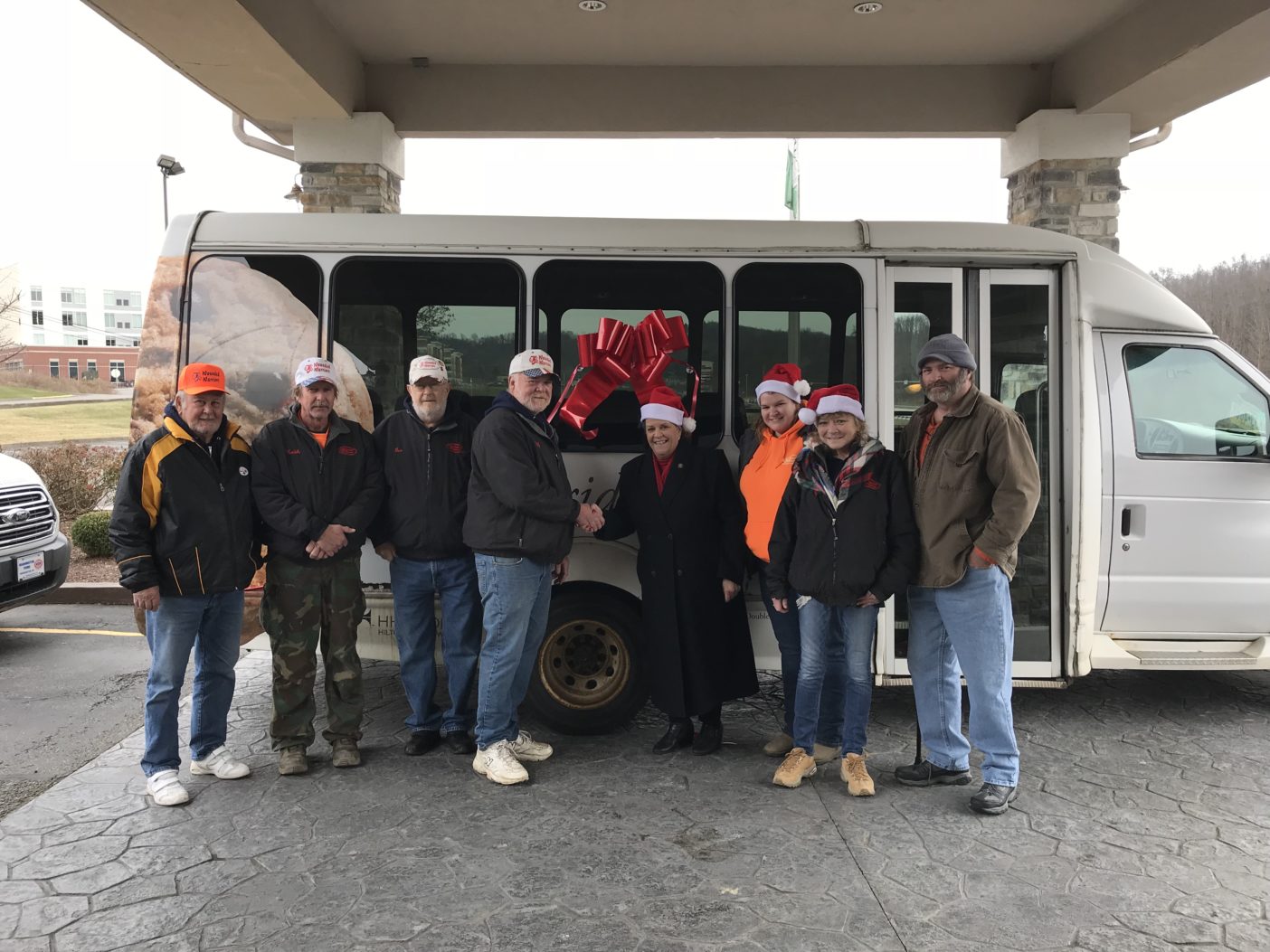 The DoubleTree by Hilton Hotel Pittsburgh – Meadow Lands donated one of its vans to the Western Pennsylvania Wounded Warriors.

WASHINGTON, PA—When the DoubleTree by Hilton Hotel Pittsburgh – Meadow Lands was getting a new “Cookie Van,” the management decided to donate the one it was replacing to the Western Pennsylvania Wounded Warriors.

“When the opportunity to make the vehicle donation came up, one of our team members suggested the local Wounded Warriors,” said Lisa Reskey, general manager of the hotel. “They were definitely interested. They had one van already, and they use their van to transport the wounded warriors to different activities. They were very excited at the thought of getting the van.”

“All of our members who are volunteers were very appreciative of the donation of the van and generosity from the DoubleTree,” said Jessica Curtis, treasurer of the Western Pennsylvania Wounded Warriors, which is not affiliated with the Wounded Warrior Project. “Everyone was very polite and super friendly and treated us with the utmost respect; they thanked us for what we do for our handicapped and disabled veterans and civilians.”

Prior to the donation, the 15-passenger van, which was wrapped in the DoubleTree graphics, including pictures of the brand’s signature chocolate chip cookies, was used to shuttle guests around the local area. “When we donated it to them, we put a red bow on it, which was donated by Washington Ford,” she said.

Washington Ford also gave a courtesy checkup of the van. “They also told the Western PA Wounded Warriors that if they needed any work on it, they would only charge them the cost for the parts and no labor,” said Reskey.

The hotel general manager has a special connection to the military. “Both of my parents were veterans of World War II,” she said. “I myself am a veteran from the Vietnam era. I have one son who is already a veteran and I have another who is a naval officer on active duty. Veterans have always had a warm spot in my heart.”

Since the donation, Curtis said that the organization has donated the van to the American Legion Honor Guard here in Washington, PA. “We have a member of our organization who is a member of the Honor Guard and they had a greater need for the van than we did. They use it to transport their members and equipment to funerals and events,” she said. “The van would have benefited our able-bodied individuals, but not our wheelchair-bound individuals. So we were thrilled to be able to help out other veterans who had a greater purpose and need.”