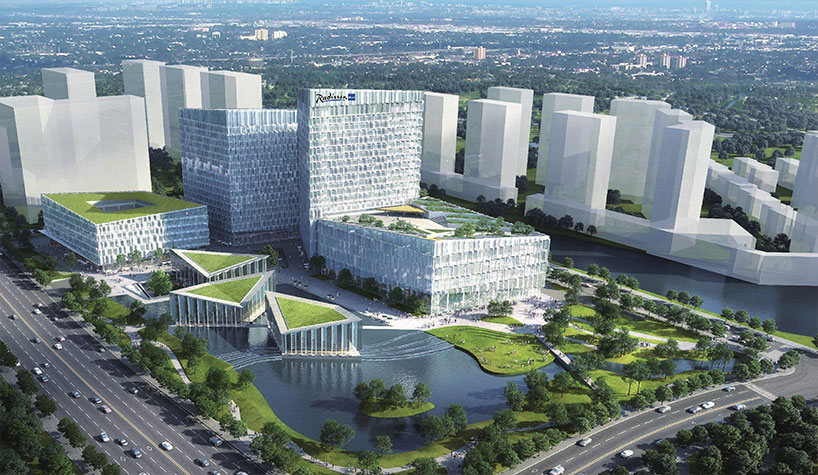 INTERNATIONAL REPORT—New hotels in the Asia-Pacific region have either opened or are in development. Here are some of them:

The upper-upscale hotel is being developed in Nanjing South New Town, a commercial area that will become the city’s new CBD. The property will be part of a large complex also featuring a high-end shopping mall and an office tower.

Scheduled to open in 2024, Radisson Blu Hotel Nanjing South New Town will feature 300 rooms and suites, an indoor swimming pool, a fitness center, a lobby lounge and three restaurants. It will also provide, with two exhibition areas covering more than 34,000 sq. ft., a large ballroom and seven other meeting and function spaces.

Aloft Bali Seminyak
Aloft Bali Seminyak has opened in Seminyak, Indonesia. It is the brand’s first hotel on the island. The hotel offers 80 guestrooms featuring 9-ft. ceilings and contemporary decor with Balinese accents.

Eight guestrooms have direct access to a lap pool, complete with views of a tropical hanging garden. Each room is equipped with free WiFi, a 55-in. smart TV, Bluetooth speakers and a refreshment station, while the bathrooms come with a walk-in rainfall shower.

The hotel features a variety of dining and social spaces including The Kahuna rooftop restaurant and Re:fuel by Aloft, the brand’s signature 24/7 grab-and-go market. Other options include Re:mix lounge and W XYZ bar. The property also has a 24/7 Re:charge fitness center; a rooftop infinity pool and two multifunctional, tech-forward meeting spaces.

LQ by Wyndham Remarkables Park & LQ by Wyndham Greenlane Auckland
La Quinta by Wyndham’s will make its inaugural launch into the South East Asia and Pacific Rim (SEAPR) region with the signing of two new hotels in New Zealand. The first hotels under the LQ by Wyndham brand in New Zealand will be located in Auckland and Queenstown under a franchise agreement with Safari Group, Wyndham’s long-standing partner in the region.

Both properties will feature a mix of accommodation for short and extended stays, and facilities including fitness centers and grab-and-go cafés.