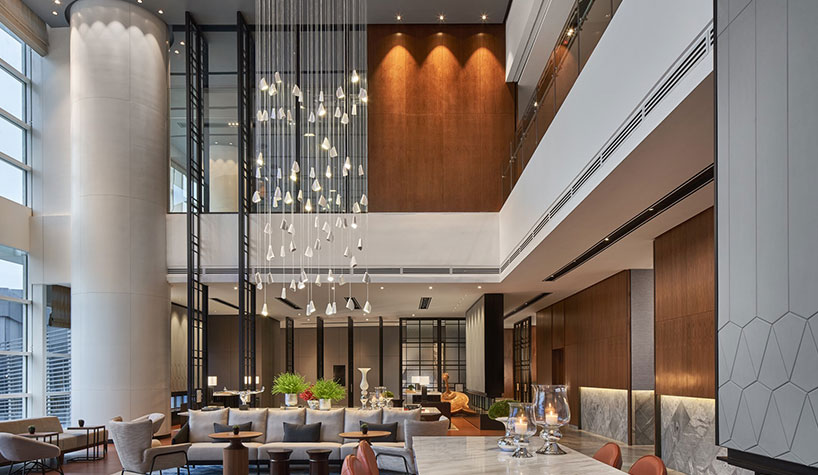 INTERNATIONAL REPORT—Four new properties have opened in Asia, including the first in Malaysia for New World Hotels & Resorts.

New World Petaling Jaya Hotel is the first Malaysia property for New World Hotels & Resorts, and is one of the tallest hotels in Petaling Jaya.

The 300 guestrooms have bamboo flooring to convey tactile warmth and a feeling of spaciousness, according to the company. The contemporary design has sleek furnishings and marble-clad bathrooms, in addition to the Malaysian-themed artwork and design in every room for a sense of identity that is distinctly Malaysian, according to the company. Guestrooms start from 387 sq. ft. for a deluxe room to 785-sq.-ft.  suites.

The Murray, Hong Kong, a Niccolo Hotel, is located in a historic building that was completed in 1969. Architects Foster+Partners were designers for the project, and were charged with adapting the original 1969 design by British architect Ron Phillips.The 336-room hotel also has a rooftop bar offering views of the city.

The Oberoi, New Delhi, has re-opened after a comprehensive renovation, which commenced shortly after the hotel celebrated its 50th anniversary in 2016.

The renovation was expected to take two years, but was completed three months ahead of schedule. The multimillion-dollar transformation was directed by designer Adam D. Tihany. The 220 rooms, including 34 suites, are now more spacious with abundant natural light.

Three new restaurants made their debut with the opening. At Omya, a new menu was created by Chef Alfred Prasad, who held a Michelin star for 13 years. Chef Andrew Wong of the “A. Wong” Michelin-star restaurant, designed the menu and is the mentor chef of the rooftop Chinese restaurant, Baoshuan.

The 164-room full-service lifestyle hotel occupies a 12-story building on the former site of the first Tokyo office of Asahi Shimbun Company, a national newspaper publisher established in 1888. The featured art in the lobby, elevator, hallways and other public spaces, as well as the guestrooms echo the spirit of the streets outside, inviting exploration.

The Namiki Suite located on the top floor has a terrace overlooking Namiki-dori and is equipped with a full-sized teppanyaki grill. It is also bookable as a meeting room and is 1,367 square feet.

Pendry West Hollywood makes its debut; more U.S. openings Recent openings in the U.S. include the first Pendry hotel in Los Angeles, the debut of…
Radisson Individuals makes U.S. debut; more openings Recent openings in the U.S. include the debut of the Radisson Individuals brand in the Americas,…
Two Cambrias make their debut; more openings Cambria, an upscale brand from Choice, has opened two new properties, while a Red Roof Plus+…
Asia-Pacific Sees New Openings, Projects INTERNATIONAL REPORT—New hotels in the Asia-Pacific region have either opened or are in development. Here are…