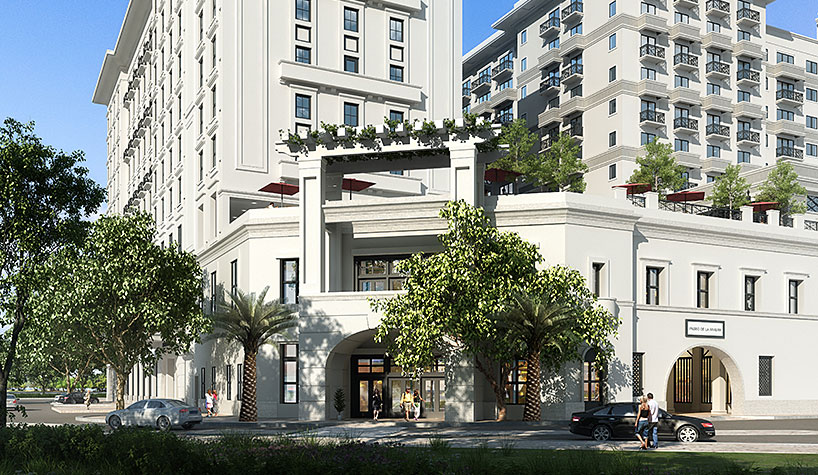 The first Thesis Hotel from Nolan Reynolds International is set to open in March 2020 in Miami. Credit: Gensler

CORAL GABLES, FL—Nolan Reynolds International (NRI), formerly NP International, has rebranded for the New Year and a new era for the company.

With more than 130 years of combined experience, NRI has completed more than $6 billion dollars of construction ranging from large-scale government infrastructure to private mixed-use projects and hospitality assets.

“I am very proud of the success the company has had to date and look forward to continuing to develop projects that I believe will positively impact the communities in which we work,” said Brent Reynolds, CEO, NRI. “I am conﬁdent that our targeted approach to real estate development will continue to pay homage to the company’s roots while expanding in a more modern era.”

In addition to the new company name and renewed branding, the real estate development group recently added an investment arm to their internal structure and is expanding its hospitality footprint throughout the U.S. and Latin America.

Recent projects include Paseo de la Riviera, a mixed-use development situated on South Dixie Highway across from the University of Miami and the launch of Thesis Hotels with their ﬁrst property opening in March here.

Known in the travel industry for creating and operating Casa Chameleon Hotels, NRI will expand its hospitality portfolio and potentially the Thesis brand in collaboration with the Culinary Institute of America, adding a new hotel to the college’s Hyde Park campus overlooking the Hudson River.

NRI was selected from a competitive request for proposal process to design, ﬁnance, build, and operate the college’s $98-million hotel estimated to open in spring 2023.

“The re-branding to Nolan Reynolds International is an important step in the continued success of our company,” said Charles D. Nolan, Jr., chairman, NRI.

Luxe Collection Adds Five Hotels; Rebrands Rome Property LOS ANGELES—Global brand Luxe Collection has added five additional hotels to its portfolio. Those properties include…
Ward Howell USA Rebrands as August Leadership NEW YORK—Ward Howell USA has changed its name to August Leadership. The new brand positions the…
The Set Hotels rebrands, launches as The Set Collection The Set Hotels started with the Conservatorium in Amsterdam in 2011. By 2018, it had grown…
Cornerstone Design Rebrands as The Cornerstone Collective SCOTTSDALE, AZ—Cornerstone Design has introduced a new post-pandemic business strategy to accelerate and simplify the hotel…