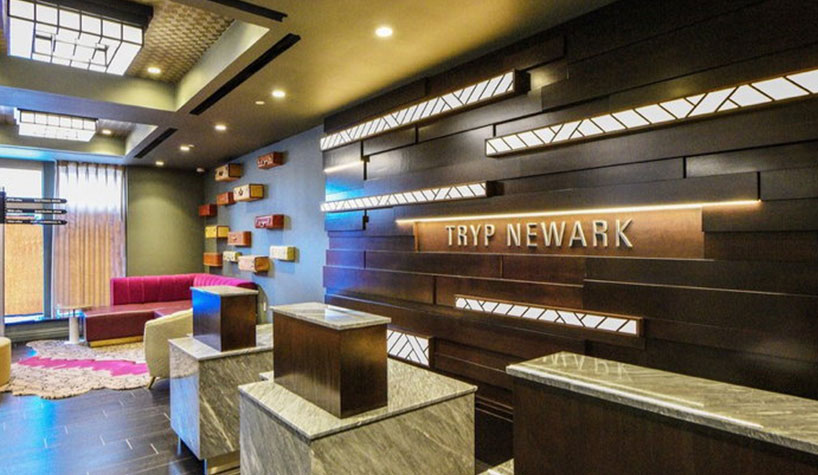 NATIONAL REPORT—A spate of U.S. openings have been added to the lodging landscape. Here’s a look at three of them:

Tryp by Wyndham has opened its newest hotel in the business district, proximate to New York City and Newark Liberty International Airport.

The brand has approximately 18 hotels and more than 2,600 rooms in locations like Long Island City, NY; El Paso, TX; Macon, GA; and Pittsburgh, in addition to multiple destinations in Florida including Coral Gables, Orlando, Kissimmee, Fort Lauderdale and an additional Miami location.

The Eliza Jane has joined the Unbound Collection by Hyatt, just outside of the French Quarter in New Orleans.

The 196-room hotel embraces its funky design, but also pays tribute to New Orleans’ storied history. The hotel is named after Eliza Jane Nicholson, publisher of The Daily Picayune and the first woman publisher of a major metropolitan newspaper in the United States.

The property has 50 suites, including 12 signature suites, as well as a fitness center, garden courtyard and a 2,000 sq.-ft. open-air interior courtyard, all inspired by the city and the historic woman for which it’s named.

Hospitality investor Rockbridge has partnered with HRI Lodging LLC and will oversee management and operations of property. Alongside is Makeready, which will offer both local food and beverage options.

Bobby Hotel is a member of Preferred Hotels & Resorts Lifestyle Collection. It is the third project from Nashville-based Castlerock Asset Management, the real estate and development group behind Westin Nashville and The Oak steakhouse.

TRYP by Wyndham Debuts in New Zealand With Two Hotel Signings PARSIPPANY, NJ—Wyndham Hotels & Resorts has plans to introduce its TRYP by Wyndham brand to New…
Wyndham Debuts Wyndham Grand and Wyndham Garden Brands in Japan PARSIPPANY, NJ—Wyndham Hotels & Resorts has continued to expand its portfolio in Japan, converting two hotels…
Radisson RED arrives in Miami As Florida travel and tourism rebound, the Radisson RED brand has debuted in the state with…
Now open across the U.S. Debuts in Denver, New Orleans, Houston and other cities