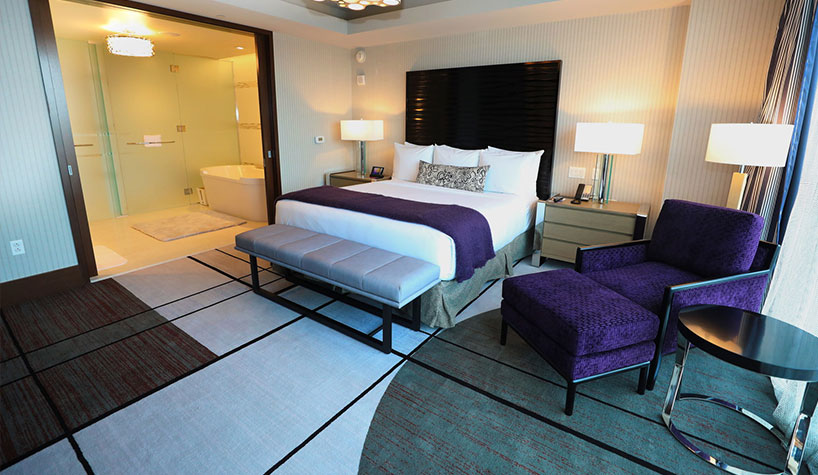 The first hotel to carry the Live! brand, Live! Hotel opens as Live! Casino celebrates its sixth anniversary as one of the largest commercial casinos on the East Coast, according to the company. The opening establishes Live! Casino & Hotel as a preeminent all-inclusive gaming destination.

Connected to Live! Casino, the 17-story, 350,000-sq.-ft. hotel has 132 deluxe king rooms, with a spacious bathroom with an oversized walk-in shower and water closet, a plush robe and a 55-in. HDTV. A chaise is included. Some rooms connect to a double queen room.

Other accommodations include 126 deluxe double queen rooms, with the same bathroom features as the deluxe king, along with a 55-in. HDTV and a desk area. In addition, there are 33 signature suites, two luxury suites, 10 presidential suites, five spa suites and three penthouses.

The Cambria Hotels brand made its official entrance into Asheville, NC, with the grand opening of the 136-room Cambria Hotel Downtown Asheville.

Located at 15 Page Ave., the hotel has views of the Blue Ridge Mountains and is proximate to restaurants, craft breweries, art galleries, music venues, and the Biltmore Estate.

The property is home to Hemingway’s Cuba, a Cuban restaurant and rooftop terrace with views of the mountains. Antonio O. Fraga Sr., president and founder of FIRC Group Inc., which developed this hotel, brought his Cuban roots to Asheville.

AC Hotel Cleveland Beachwood, the newest Ohio property for the design-driven AC Hotels by Marriott brand, is set to open its doors this August.

Owned and operated by DelMonte Hotel Group, the hotel is located in the Pinecrest Development, Cleveland’s mixed-use district. AC Hotel Cleveland Beachwood will be the first of its kind to enter the Orange Village area, which also shopping, dining and entertainment.

Located at 9110 Harris Corners Pkwy., the hotel is owned by MJM Group of Raleigh, NC and managed by Midas Hospitality of St. Louis. The seven-story property will share a heated outdoor swimming pool, two patios, a fitness center and 1,386 sq. ft. of meeting space to accommodate functions of up to 154 people.

The 80-room Fairfield Inn & Suites by Marriott in Alexandria, MN is now open for business, featuring a new decor with nods back to the brand’s heritage

Located at 4929 Sanibel Dr., the hotel will operate as a Marriott franchise, owned by Alexandria Hotel Group and managed by American Hospitality Management Inc. of Cheboygan, MI. General Manager Victoria Nelson leads the management team at the three-story property.

The all-suite property located at 1445 Sixth Ave., continues to exemplify the brand’s rapid growth. It will operate as a Marriott franchise, owned and managed by Narven Enterprises of San Diego.