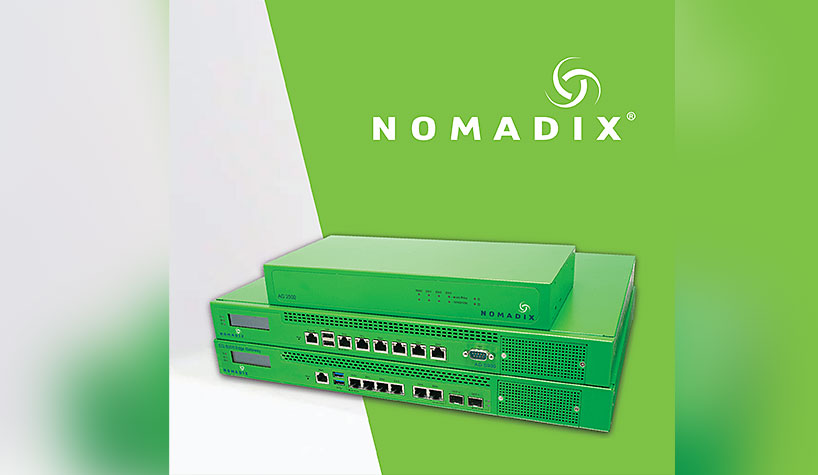 LOS ANGELES—The flagship gateways of Nomadix Inc., based here, have earned the IPv6 Ready logo from the IPv6 Forum, which validates functionality and interoperability with IPv6 and equipment commonly used by internet service provider (ISP), hospitality and multi-dwelling unit (MDU) networks. According to the company, they are the first hospitality gateways to achieve the certification.

With the growth of the Internet, influx of Internet of Things (IoT) devices and new standards pushing for migration to IPv6, it was important for Nomadix to offer seamless connectivity by simultaneously supporting both IPv4 and IPv6 to future-proof networks.

“IPv6 is the future, and there are two major drivers pushing networks in this direction,” said Ted Helvey,  CEO, Nomadix. “One, ISPs are running out of IPv4 addresses and are now assigning IPv6 addresses to hotels. It’s important to have network devices that are certified and support IPv6 to maintain compatibility, ensuring a seamless connection and experience for guests. Two, major tech companies including Apple, Google and Amazon have formed an alliance, Project Connected Home over IP (CHIP), to address the future standards for IoT devices, which requires the IPv6 specification. Going into 2021, this will create a stronger push for IPv6 adoption.”

While IPv6 and IPv4 perform the same function, they differ in the number of bits contained in the network, as well as an enormous difference in the amount of IP addresses available.

“IPv6 is the latest standard of the internet communications protocol that identifies and locates devices across the Internet,” said Helvey. “IPv6 is intended to replace IPv4. Each device is assigned an IP address, which enables connection and communication within the network, similar to ZIP codes and street addresses that enable a letter to be delivered to the correct location. IPv4 addresses are 32-bit, which provides 4,294,967,296 addresses. However, large blocks of addresses are reserved for private networks and multi-cast traffic, and with the growth of the internet, the pool of available addresses has been exhausted. You would think that over 4 billion addresses is a lot, but IPv6 uses a 128-bit address and increases the number of addresses available to 340,282,366,920,938,463,463,374,607,431,768,211,456 (or approximately 3.4 x1038).”

For hotels, the adoption of touchless technology, smart hubs and operations software, among other things, means that hundreds of IP addresses are likely being used at each property. Not only that, a network can be bogged down by having so many connected devices. A move to IPv6 will alleviate those issues.

“As more IoT devices fill hotel rooms—from smart thermostats, to lighting and door locks, hotels need to plan for the inundation of these new devices on their networks,” he said. “Many of these will be compliant with CHIP and require IPv6. Whether it’s to address safety standards with touchless technology or to create a next-generation hotel experience, IPv6 will need to be part of that plan. Additionally, one of the top requirements for guest satisfaction is a strong internet connection. As ISPs increase the usage of IPv6, everything in the room or devices brought in by guests will need to seamlessly coexist and provide fast and reliable connectivity. Whether the hotel industry is ready to adopt new IoT technologies or not, they need to be prepared to support both IPv4 and IPv6 to meet this guest expectation.”

According to Helvey, Nomadix gateways are deployed on tens of thousands of hotel properties and in millions of rooms around the globe, including such brands as Hyatt, Marriott and Sofitel. By adding a gateway, hotel clients can support a mixed network of IPv4 and IPv6 devices while still benefiting from all the Nomadix bandwidth management capabilities.

The CEO noted that Nomadix is celebrating its 25th anniversary this year, adding, “We’ve expanded our portfolio to include Nomadix Casting, PBX [private branch exchange], a guest app and more. In addition, we have expanded into the mult-dwelling unit space, where there has been an increase in managed WiFi demand.”