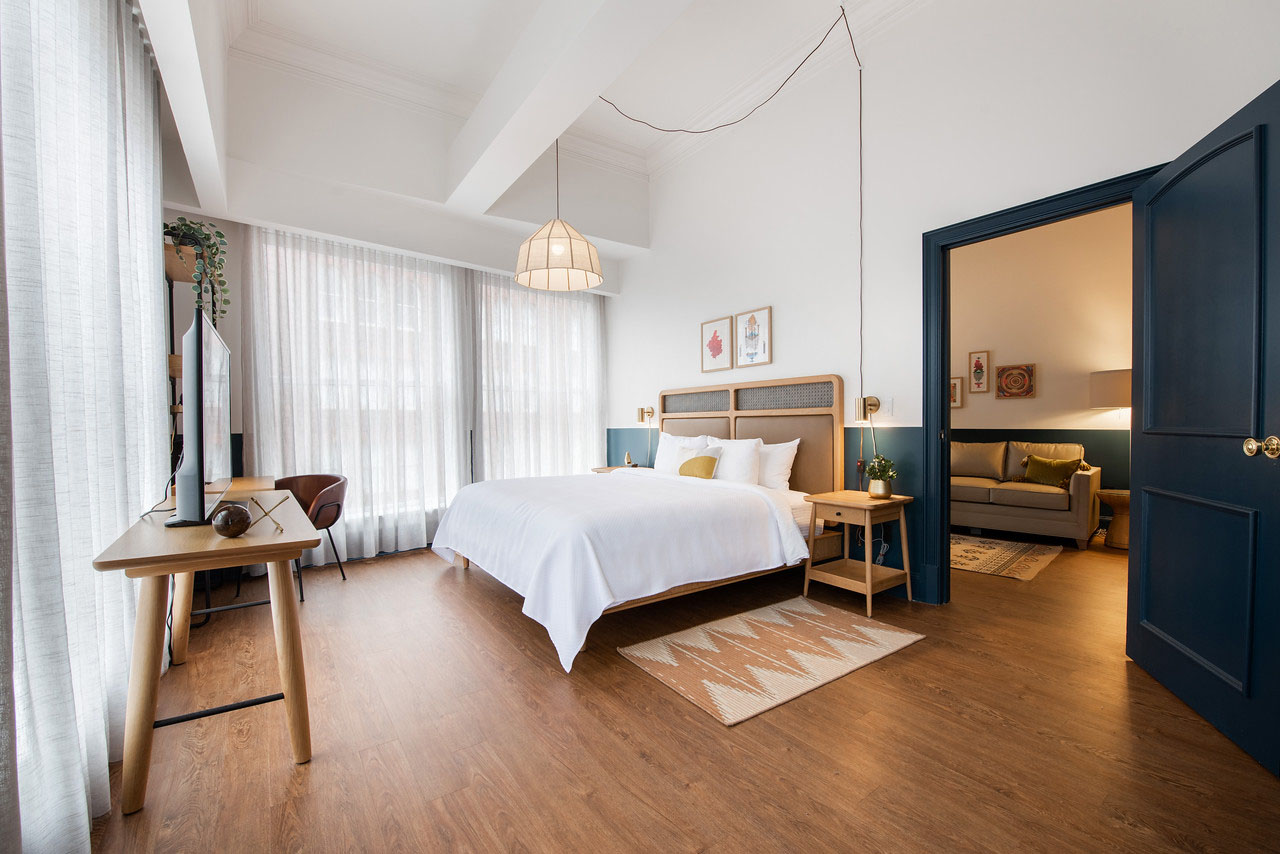 NATIONAL REPORT—From a pair of New Orleans rebrands to a baseball-themed hotel in St. Louis, here are the latest properties that have opened or are soon-to-be to debut in the South:

The Magnolia New Orleans Hotel has completed its transformation from the Omni Royal Crescent Hotel and has opened in New Orleans’s Central Business District. The boutique hotel, located just outside the French Quarter, was originally built in 1863 and features 101 guestrooms, including a Presidential Suite; Laurel Oak restaurant; a reimagined lobby; a fitness center and rooftop deck; a meeting room; and local artistic elements. Magnolia New Orleans Hotel is operated by Stout Street Hospitality.

The boutique Kimpton Hotel Fontenot is set to open on March 13 in New Orleans’ Central Business District, marking a return for Kimpton Hotels & Restaurants to the city after a 15-year absence. The 202-room property was formerly the Staybridge Suites New Orleans.

The hotel is built on St. Louis Cardinals history, situated atop the former site of the 1966 Busch II Stadium, with design notes, artworks and Cardinal Red accents placed throughout guestrooms and public spaces. Abstract patterns from blueprints of the former 1966 Busch Stadium adorn headboards in suites, while Cardinal-red travel trunks from the team’s use during the Prohibition era can be found along the walls of Bar Bourbon. Check-in pods feature numbers from retired Cardinal players’ jerseys, and the etched stitching of baseballs is displayed in various decor elements throughout the property.

The hotel, a short distance from downtown Columbia, features 15,000 sq. ft. of meeting and event space, an open lobby atrium and an event courtyard for hosting events for up to 100 guests adjacent to the pool area for weddings and parties up to 100 guests. The hotel offers complimentary hot breakfast, a business center, free Wi-Fi, a state-of-the-art fitness center and a sundry shop.

The 103-suite TownePlace Suites by Marriott Austin South has opened in Austin, TX. The property will operate as a Marriott franchise, owned by Scenic Property Group and managed by PM Hotel Group of Chevy Chase, MD. The hotel offers studio, one-bedroom and two-bedroom suites with fully equipped kitchens, as well as separate living/working and sleeping areas.

TownePlace Suites Austin South offers complimentary hot breakfast, as well as outdoor Weber grills for guests to use; the 24-hour In a Pinch market; and On Us coffee service. Other amenities include an outdoor swimming pool, a meeting room, a 24-hour fitness center, laundry facilities, complimentary WiFi throughout the hotel and on-site business services.