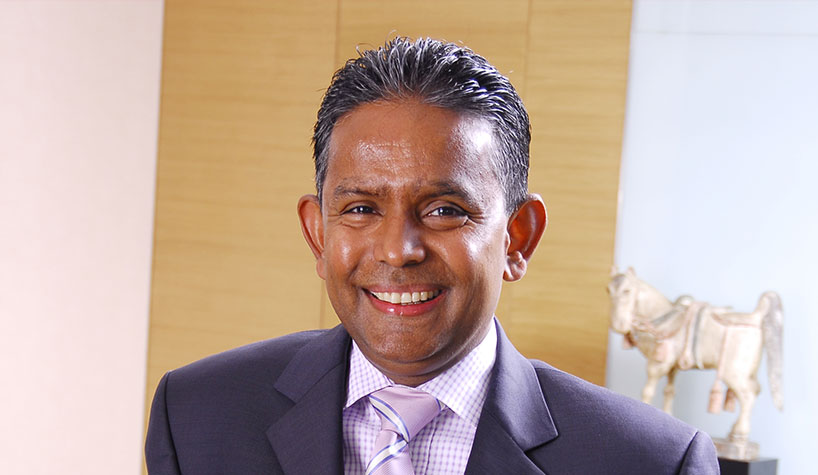 BANGKOK—Minor International CEO William E. Heinecke is stepping down and handing over the leadership reins to Dillip Rajakarier, effective January 1, 2020. After 40 years in the hospitality industry, Heinecke will assume the role of chairman of the executive management committee and also retain his role as board chairman.

Stepping up from his current role as Group COO of MINT, Rajakarier takes on his promotion to Group CEO of MINT while maintaining his leadership role as CEO of Minor Hotels, ensuring the continued development and success of the hotel division.

As Group CEO of MINT, Rajakarier will be responsible for the company’s overarching strategy across all business units, including the corporate shared services of legal, IT and finance, as well as talent development and business culture. With a strong focus on driving expansion, sales and profitability worldwide, Rajakarier will work closely with the board of directors to achieve the long-term objective of becoming a globally-recognized leader in all three of MINT’s core businesses: hospitality, restaurants and lifestyle.

“It is a huge privilege to be given the opportunity to lead Minor International—a truly global company that is renowned for its incredible growth and talented team members. I am tremendously optimistic about the future of our company. Indeed, we are moving swiftly to structure the organization for even faster growth, to ensure we can respond to the fast-changing needs of customers around the world in each of our business avenues,” Rajakarier said, before paying tribute to MINT’s founder and chairman. “William Heinecke’s industry and leadership achievements are recognized globally and the outstanding success of the company speaks for itself. Heinecke’s industry insight and personal dedication have fostered global success from the ground up, and I fully intend to build upon the values and assets of his incredible accomplishments.”

Heinecke, commented on the appointment, “Dillip has been instrumental to the success of Minor International and Minor Hotels throughout the past decade. As a high-ranking executive, his business and leadership talents, coupled with a tenacious passion for excellence, have played a significant role in expanding our organization and strengthening its reputation.”

Looking to the future, Heinecke added, “Dillip’s commitment and achievements to date are commendable. The board and I have every confidence that Dillip is the ideal leader to drive the next chapter of global growth for the company. In understanding the need to put shareholders, customers and employees at the center of company strategy and growth, Dillip is highly capable to strengthen our current position and ensure that MINT is well-equipped to reap continued success going forward.”

Since joining Minor in March 2007 as VP of finance for the Hotel Group, Rajakarier has played a significant role in the expansion of the hotel division, including his leadership include the recent

acquisition of NH Hotel Group, which was not only the largest deal to date for Minor Hotels but also a highly strategic transaction; the addition of Tivoli brand in Europe and Latin America; the Elewana brand in Africa and the Oaks brand in Australia, among others.

Under his tenure, the Anantara brand has expanded from Asia to the Middle East, Africa and Europe. The Avani brand was also created and expanded into a sizable portfolio. Altogether, MINT now boasts a solid collection that exceeds 520 hotels. Rajakarier has also overseen the achievement of robust financial results in the hotel division, which have greatly contributed to the overall success of Minor International.

In other news, Minor Hotels has signed a management agreement with a private developer for two new properties in Doha, Qatar, to operate under its luxury Anantara brand and NH Collection brand.

This will be the first NH Collection to launch in the Middle East and the first outside of the brand’s traditional areas of operation in Europe and South America.

In addition, The Plaza Doha Anantara Hotel & Suites is under development in the Um Ghuwelina area of the city, which is proximate to Hamad International Airport, and is scheduled to open in late 2020. The 292-key property is envisioned to become an iconic luxury destination in Doha with its grand architecture and classical design and will offer 118 guest rooms and 174 apartment suites.