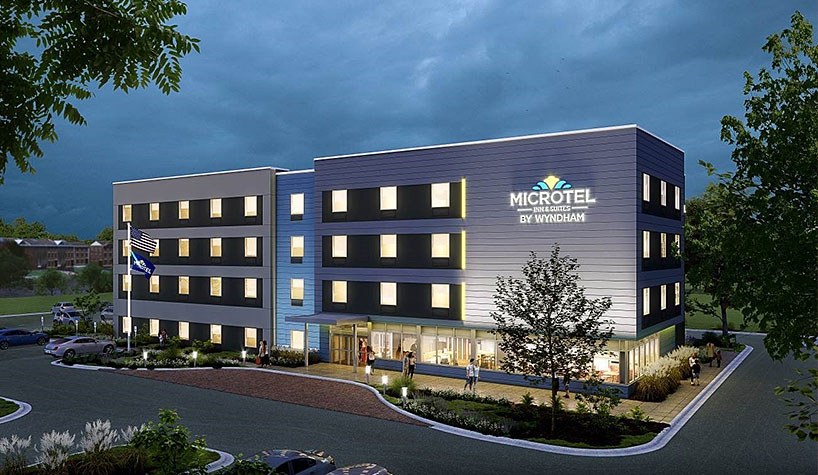 PARSIPPANY, NJ—Microtel by Wyndham has signed an agreement with developer Pete Patel for five new properties under the brand’s new Moda prototype design.

Just five months after launching the prototype, designed to increase operational efficiencies and lower development costs for hoteliers, Microtel by Wyndham’s pipeline is expanding with more than a dozen new hotels adopting the design.

The agreement with Patel calls for Microtel by Wyndham properties in strategic growth markets including Destin and Fort Walton Beach, FL; Saint Rose and Chalmette, LA; and Midland, TX. Patel also participated in the brand’s developer council, an advisory collective of owners, operators and managers with diverse portfolios across the industry who worked closely with designers to integrate their feedback into the Moda design.

“It goes a long way to see that a brand truly cares about the feedback from owners and developers,” said Patel. “The Wyndham team included us in the creative process as they were designing the Moda prototype for Microtel, which shows me that they care about evolving their brands in ways that work for those of us who build and operate them. It’s all about having a collaborative relationship with the brand, which is why we are excited to build these new Microtel hotels.”

Another member of the council, Mayur Patel of KM Hotels, also recently signed agreements for a prototypical Microtel by Wyndham hotel inAsheville, NC, as well as a La Quinta by Wyndham in Richmond, VA.

“The Moda prototype represents the evolution of Microtel, and we’re seeing that evolution come to life as we bring on new franchisees who value its efficiencies and smart design,” said Keri Putera, VP, brand operations, Microtel by Wyndham. “The entire design was created in partnership with franchisees and developers who shared their expertise to help us craft one of the most efficient buildings in the business. We’re grateful for those relationships, which are now expanding into new partnerships for the brand.”

Microtel by Wyndham emphasizes modern efficiency and minimalism for today’s guest and owner. The Moda prototype elevates the brand’s design while aiming to reduce building costs, optimizing efficiencies and helping drive greater returns for franchisees, according to the company. Moda reduces Microtel’s total footprint by 28% versus the prior prototype and delivers more than 70% of rentable space—one of the strongest rentable footprints in both the economy and midscale segments, the company reports.

The first hotels leveraging the new prototype are set to break ground later this year. As of June 2019, Microtel has 93 hotels in the development pipeline—67 in the U.S.and 26 internationally.