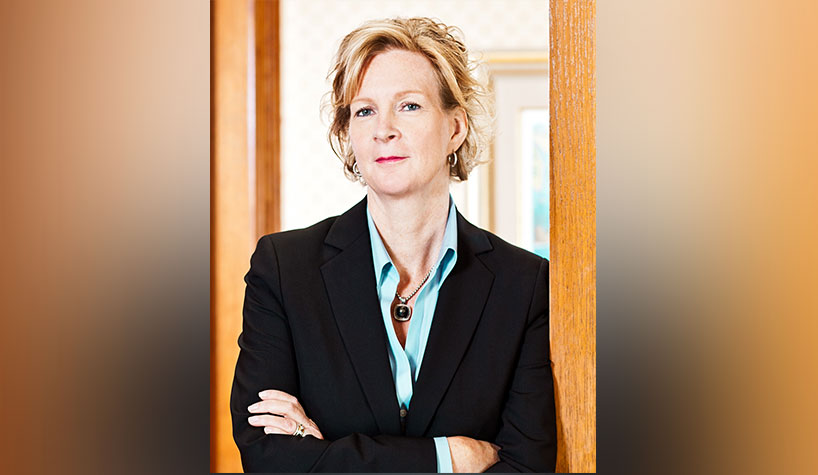 Heather McCrory, Accor CEO of North & Central America, was selected as the winner of the first Castell Award in October.

ATLANTA—Heather McCrory, Accor CEO of North & Central America, has been chosen as the winner of the first Castell Award from the Castell Project Inc., a 501(c)3 nonprofit organization dedicated to accelerating the careers of women professionals in the hospitality industry.

The award, which honors a female leader in the hospitality investment arena, was presented to McCrory at the 2019 Lodging Conference held in Phoenix, AZ, where she received the handcrafted award designed by artist Brad McCollum representing the glass ceilings women rise through as they succeed.

A seasoned professional with an extensive hospitality background spanning more than 30 years, McCrory joined Accor’s executive committee upon her appointment to CEO, North & Central America, in April 2019. In this position, she is responsible for the strategic direction of the global hospitality group in the region, with oversight of more than 115 hotels, 11 brands in 10 countries, 28,000 employees and more than $3 billion in revenue. She also serves as the executive sponsor for North & Central America for RiiSE, Accor’s international network to promote diversity that launched in October 2018.

“The work that the Castell Project is doing to assist women in securing one in every three leadership seats in the hospitality industry is encouraging, but we all still have a long way to go,” McCrory said. “Gender inclusivity is a personal and passionate goal of mine, both for Accor and the hospitality industry at large. While women make up more than 50% of the hospitality workforce, we need to have more females in the boardroom. With organizations like the Castell Project in place, I am confident we will one day meet our diversity goals. As numerous studies have proven, this benefits the industry and drives our collective performance.”

McCrory leads numerous initiatives as part of the RiiSE program, including a research project to understand why women are opting out of leadership roles and a formal mentorship program for women within the organization who have the potential and desire to be a GM within the next three to five years.

“The Castell Project received a wonderful roster of nominations describing deserving leaders and the impact they are having on coworkers—female and male—and how they are shifting the culture within their organizations,” said Peggy Berg, Castell Project president. “Heather stood out as a powerful female making a difference in the industry. She understands wholeheartedly that as part of an international hospitality company, a more diverse team is a better performing team. Heather is an inspiration to other women as they find their own paths to success.”