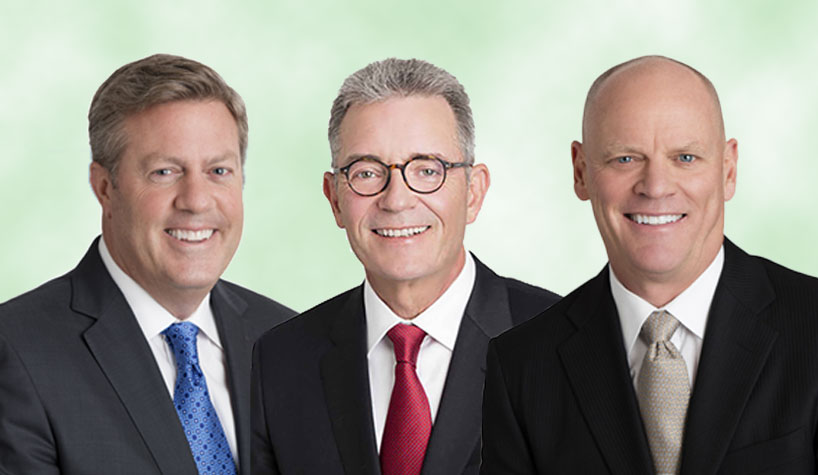 BETHESDA, MD—Longtime senior executive Dave Grissen has decided to step down from his position as Marriott International Inc.’s group president, the Americas, toward the end of 2020 and retire in the first quarter of 2021, after 36 years with the company. Grissen, who has been leading the company’s Americas business for the past 11 years, oversees all of the Americas’ lodging business comprising more than 5,640 properties and a workforce of 160,000 people.

“It’s hard for me to picture a Marriott without Dave Grissen, someone who has been such an integral part of this company for so long,” said Arne Sorenson, president/CEO, Marriott International. “Dave is the consummate strategist with the mind of an operator. He is as equally skilled at driving successful implementation as he is at looking over the horizon to identify that next new idea. Perhaps his most important legacy is the work he has done to champion leadership training and the impact he has had developing new leaders and driving performance at our hotels across the region. We will certainly miss Dave, but I know that the next phase of his life will be as dynamic and meaningful as his extraordinary tenure here at Marriott.”

Grissen leads all aspects of the company’s biggest region, the Americas, which generates more than two-thirds of the company’s fee revenues. Under his leadership, Marriott’s Americas organization has grown from 2,928 hotels to 5,640 properties today, with another 1,800 hotels in the pipeline. He also has global responsibility for the Edition brand.

Grissen started with the company as a division controller and has held a number of positions during his tenure with Marriott including SVP of finance and business development; SVP of the Mid-Atlantic region; EVP of the Eastern region; president of the Americas; and, group president with responsibility for the Americas division and companywide areas such as global operations.

“Dave and I started talking about his potential retirement last year, and we knew we would need time to prepare for transition,” said Sorenson. “Dave will be fully engaged with us until he steps out of his current role, which allows us to begin the work necessary to be able to fill the void he will leave.”

New Leadership Roles
Brown is currently group president, Europe, Middle East & Africa (EMEA). A 30-year Marriott veteran, He has spent the majority of his career working in the U.S. Prior to taking over leadership of the EMEA region, he was president, Europe, and prior to that, president, select brands and owner and franchise services, North America, and he remains well connected to the company’s North American owners. The company’s Canadian operations will remain part of the North American portfolio under Brown.

In his new role as group president, international, Smith will oversee all non-North American operations for Marriott, including the Asia-Pacific, Europe, Middle East & Africa and Caribbean & Latin America (CALA) regions. A 32-year Marriott veteran, he is currently group president, Asia-Pacific. Prior to his current role, Smith spent two and a half years leading the company’s CALA region. His experience spans work on property (he started in housekeeping), in operations and in staff roles with an international focus—27 of his 32 years with Marriott have been spent in international markets.

“The changes we are making will help define a new era for our organization—one that will accelerate our global aspirations,” said Sorenson. “We are lucky to have such a deep executive bench to draw from—both Craig and Liam are superbly talented and will bring tremendous experience to these roles.”

In addition, J.W. Marriott Jr. plans to transition to the role of chairman emeritus in 2022. In anticipation of that event, the company expects that David Marriott, currently president, U.S. full service, Managed by Marriott, will join the company’s board of directors in 2021. David Marriott, who leads the team responsible for more than 320 full-service managed hotels in the U.S., started in the company as a teenager washing dishes and has built his career in regional operations and sales. Should he join the board, the company expects he will step down as an executive of the company at that time, in anticipation of assuming the position of chairman of the board.

“David is well-suited to join our board, and I know he will bring not only his operations and sales experience but also his deep understanding of Marriott’s culture to board-level conversation and decision-making,” said Sorenson.

Bill Marriott to retire from Marriott board David Marriott to take over as chairman
Expedia Group to Retire HomeAway U.S. Brand BELLEVUE, WA—Expedia Group is implementing the next phase of its strategy to simplify its vacation rental…
Marriott's Sorenson to Temporarily Reduce Schedule; Interim Leaders Named BETHESDA, MD—Marriott International Inc. has revealed that president/CEO Arne Sorenson will be temporarily reducing his schedule…
Four Seasons President/CEO John Davison to retire next year Four Seasons Hotels and Resorts President/CEO John Davison has informed the company’s board of directors that…