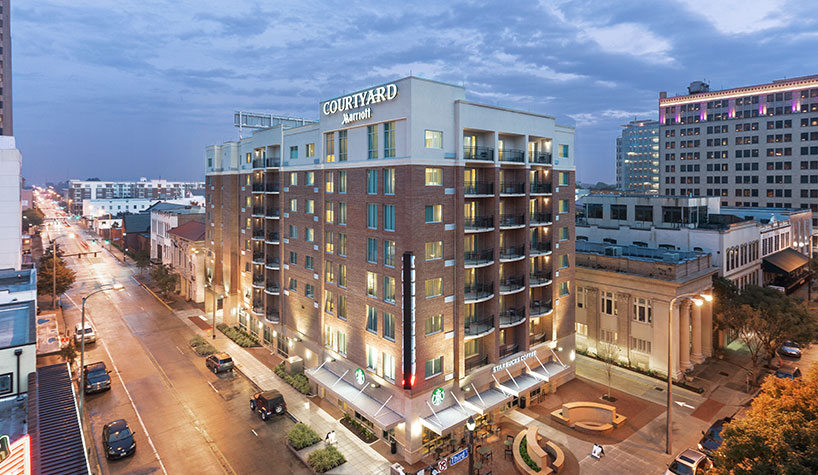 NATIONAL REPORT—Marriott is expanding across the U.S. with a host of openings in the South, along with a project out West. Here’s a closer look at the recent brand moves:

Courtyard by Marriott Baton Rouge Downtown opened its doors in Baton Rouge, LA. The 135-room hotel will operate as a Marriott franchise. The hotel is owned by Istrouma Hospitality LLC, developed by Windsor Aughtry of Greenville, SC, and managed by Hospitality America LLC of Brentwood, TN.

The hotel is close to the Louisiana Arts & Science Museum, the Pennington Planetarium, Capital Park Museum, Old State Capital, Shaw Center for the Arts and Science, Manship Theater and the LSU Museum of the Art.

Courtyard by Marriott Atlanta Alpharetta/Avalon Area is now open in Alpharetta, GA. Developed and owned by Hotel Development Partners LLC and its partner Alex.Brown Realty Inc., the 115­-room hotel will operate as a Marriott franchise. The hotel will be managed by Hotel Equities of Atlanta.

The Westin Irving Convention Center at Las Colinas in the Works

The Westin Irving Convention Center at Las Colinas, part of Marriott International, is set to open its doors in late winter 2019 in Irving, TX.

Situated adjacent to the Irving Convention Center and Toyota Music Factory, the hotel marks the “third piece of the puzzle” for Irving’s new destination district. The hotel is owned through a public-private partnership between the city of Irving and developer Garfield Public/Private LLC.

Located in the Union Square area of Lakewood, CO, the hotel is close to the Denver Federal Center, St. Anthony’s Hospital, the Federal Center RTD Light Rail Station and Red Rocks Amphitheater. The hotel is managed by Lodging Dynamics Hospitality Group. The hotel has 128 rooms, including 26 suites.