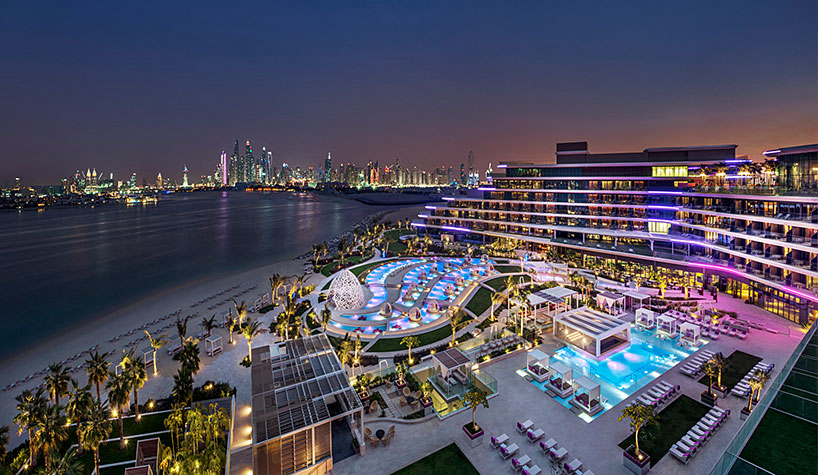 BETHESDA, MD—Marriott International signed a record number of rooms in 2019, pushing its global pipeline to approximately 515,000 rooms as of year-end 2019 for the first time in the company’s history.

The company signed 815 agreements, representing more than 136,000 rooms, marking the seventh consecutive year of record-breaking volume of organic rooms signings. Growth was fueled by unprecedented levels of organic rooms signed in each of the company’s international regions, according to the company. During 2019, the company added 516 properties with more than 78,000 rooms in 60 countries and territories—an average of one new property every 17 hours.

“With growth and loyalty as the cornerstones of our company’s success, our unrivaled 2019 signings illustrate our winning strategy, which combines leading brands, powerful business platforms and an enduring focus on our associates,” said Tony Capuano, group president, global development, design and operations services, Marriott International. “We continue to drive value for our owners with quality branding options for both property conversions and new-builds, backed by our leading business support systems and loyalty platform. By staying true to our growth philosophy and continuously responding to the evolving preferences and lifestyles of travelers, we are poised for a successful 2020 and beyond.”

At the end of 2019, Marriott International’s worldwide system consisted of more than 7,300 properties and roughly 1.38 million rooms in 134 countries and territories. More than half of the company’s record global development pipeline is located outside North America.

In 2019, 53% of the company’s signed rooms were outside North America with record-breaking organic volumes in the company’s Asia-Pacific (38,000 rooms), Europe (17,000 rooms), Caribbean and Latin America (more than 9,000 rooms), and Middle East and Africa (8,000 rooms) regions. Additionally, in 2019, Marriott International debuted its first hotels in four additional countries—Cyprus, Moldova, Kyrgyzstan and Latvia.

In 2019, the company signed 42 luxury projects in 27 countries and territories, while opening or converting 34 properties such as The St. Regis Venice, W Dubai – The Palm, The West Hollywood Edition and The Ritz-Carlton, Pune. As the company focuses on expanding its leading luxury footprint, it is revitalizing W Hotels. Last year, the company purchased the W New York – Union Square, with plans to transform the property into a showcase for the brand’s future look.

Last August, Marriott launched its all-inclusive platform to bring its brands, scale and service to this growing, global vacation segment. Less than six months after its launch, the company has signed seven management and franchise agreements for all-inclusive properties representing nearly 3,200 rooms. Among the all-inclusive projects in development are an 800-room Marriott Hotels resort in Jamaica and a 240-room Ritz-Carlton resort in Mexico.

The company last year also completed its acquisition of Elegant Hotels Group, which consists of seven hotels and 588 rooms located on the island of Barbados.

Catering to the next generation of travelers, the company’s AC by Marriott, Aloft and Moxy brands opened nearly 10,000 rooms in 2019. Combined, these brands represent more than 65,000 open rooms in 44 countries and territories, including new hotels in Greece, Ireland, Jamaica, Latvia, Nepal and Switzerland. The company signed nearly 24,000 rooms across the AC by Marriott, Moxy and Aloft brands during the year—with record room signings for both AC by Marriott and Moxy.