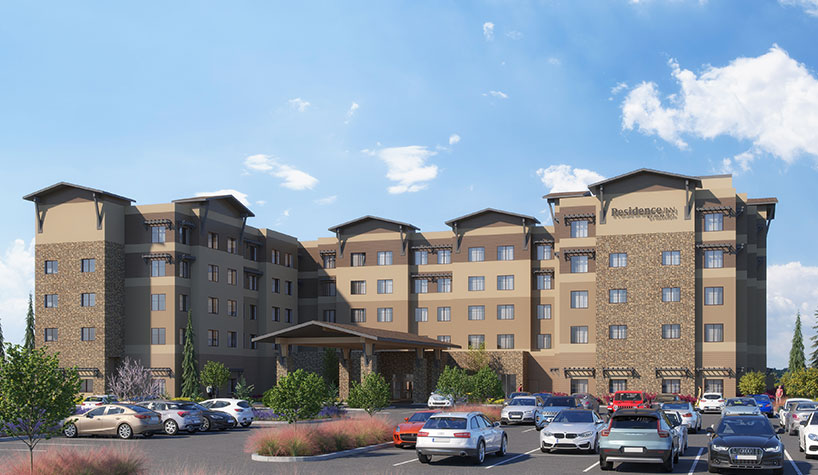 INTERNATIONAL REPORT—Management deals are happening across hospitality. Here’s a closer look at the portfolio additions in major U.S. cities and abroad in London:

The Hotel Group (THG) has added the five-story Residence Inn by Marriott in Wenatchee, WA, to its portfolio of hotels under management. The property has broken ground and is scheduled to open in Q4 2020. As a co-investment project between Stream Real Estate of Seattle, owner and developer, and THG, the property will contain 127 suites. The property is near the Wenatchee Valley mall, Pybus Market, Town Toyota Center and Mission Ridge Ski Resort, among other attractions.

The Hampton Inn Birmingham/Mountain Brook is in the foothills of the Appalachian Mountains, close to the  Birmingham Botanical Gardens and the newly reimagined historic downtown.  The Homewood Suites by Hilton Augusta is in the suburbs of Augusta and close to the Augusta National and Goshen Plantation golf clubs as well as the City’s Riverwalk and Morris Museum of Art.

Scarlett Hotel Group (SHG) has taken over management of the Travelodge Hotel Downtown Chicago by Wyndham. Formerly known as the Harrison Hotel, the historic building is close to Grant Park and Columbia College. The 233-room hotel is also near Michigan Ave., Millennium Park, Soldier Field and the museum campus. SHG’s immediate plans for the Travelodge Downtown include a hotel-wide refresh.

Propel Management LLC, a division of the Propel Companies, has taken over management of a 91-room hotel in Round Rock, TX, which will reopen this spring as a Holiday Inn Express & Suites. Jayson Mitchell, president of Propel Management, said that the hotel, currently closed, had been sitting dormant for more than a year and that Propel’s construction division, Propel Construction LLC, has begun a full renovation to bring the property to brand standards. The hotel is close to Austin, the Round Rock Sports Center and retail, restaurant and commercial/office centers nearby.

The Hinduja Group and Obrascon Huarte Lain Desarollos (OHLD) have extended their partnership with Raffles Hotels & Resorts. An agreement was signed in June 2017 for Raffles to operate a 125-room and suites flagship hotel at the Old War Office building in London. A further agreement has now been signed confirming Raffles as operator for the 85 residences at this destination on Whitehall. The OWO Residences by Raffles will be the first Raffles-branded residences in the U.K. and Europe. Along with the signing of Raffles, The Hinduja Group and OHLD officially unveiled the new name for the project, The OWO, at a topping out ceremony marking a milestone toward the project’s opening in early 2022.