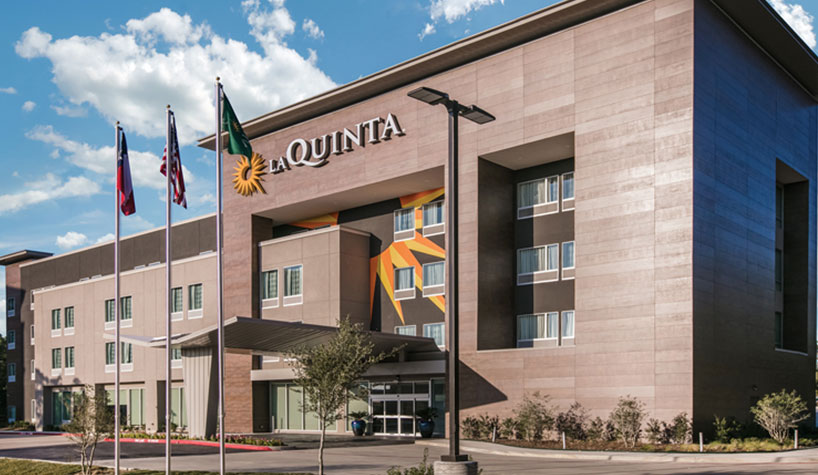 NEW YORK—La Quinta by Wyndham, celebrating one year as part of Wyndham Hotels & Resorts, showcases strong progress as it continues to expand its portfolio of hotels, with plans to introduce its upper-midscale flag to the Caribbean for the first time while welcoming an additional nine new hotels to its growing U.S. portfolio.

“Now armed with Wyndham’s substantial scale, distribution and resources, La Quinta by Wyndham is just beginning to scratch the surface of its growth potential,” said Tom Barber, chief global development officer. “We’re seeing increased interest from developers and guests around the world as we expand the brand in strategic markets, leveraging our scale and global reach to capitalize on the brand’s international potential in destinations with strong demand for upper-midscale lodging—like the Dominican Republic—meeting the needs of the growing traveling class of 280 million households seeking trusted, value-driven travel experiences.”

The development agreement with Caribbean developer Profusion Group marks the first executed deal outside of the U.S. for La Quinta by Wyndham since Wyndham acquired the brand and outlined its strategic international expansion plans.

The newly signed deal calls for eight new construction La Quinta by Wyndham hotels in the Dominican Republic over the next five years, four of which are slated to open in 2021 and will be managed by Wyndham’s growing international management arm. The new hotels will open in top destinations with emerging need for select-service accommodations as alternatives to the island’s upscale all-inclusive resorts, as well as in up-and-coming cities with growing hotel supply needs.

Barber added: “With a top-performing Caribbean economy and millions of annual visitors, the Dominican Republic attracts a variety of travelers seeking the exceptional value, service and quality for which La Quinta by Wyndham is known in the U.S. We are committed to working with passionate, like-minded partners like Profusion Group to introduce the brand to new markets—and new travelers around the world.”

The agreement complements the brand’s existing portfolio of 14 hotels in Latin America and the Caribbean. In early 2018, the brand debuted in Santiago, Chile, and León, Mexico.

La Quinta by Wyndham continues its growth in the U.S., welcoming nine new hotels in April and May 2019 including locations in Branson, MO; Flagstaff, AZ; Spring and San Antonio, TX; Perry and Brunswick, GA; as well as Clovis, San Bernardino and San Luis Obispo, CA. Since its acquisition one year ago, the brand has executed nearly 30 franchise agreements and opened more than 20 hotels as part of the Wyndham Hotels & Resorts family.

New construction development is a major force behind the brand’s growth trajectory, accounting for approximately 90% of the 260 hotels in its pipeline as of March 31, 2019. Much of that growth is anchored by the brand’s Del Sol prototype, which combines dynamic design elements with guest-centric offerings while helping to maximize revenue-per-sq.-ft. for developers. As part of its comprehensive new construction growth strategy, Wyndham Hotels & Resorts is applying La Quinta’s design expertise to its other brands, starting with economy leader Microtel by Wyndham which announced its new Moda prototype design earlier this year.

In April, the brand was successfully integrated to Wyndham’s cloud-based, state-of-the-art technology platforms in what Wyndham Hotels & Resorts believes was one of the largest same day migrations in the history of the hospitality industry. It was also integrated into the award-winning Wyndham Rewards loyalty program, adding 13 million new members and growing membership by approximately 20% to 75 million members.