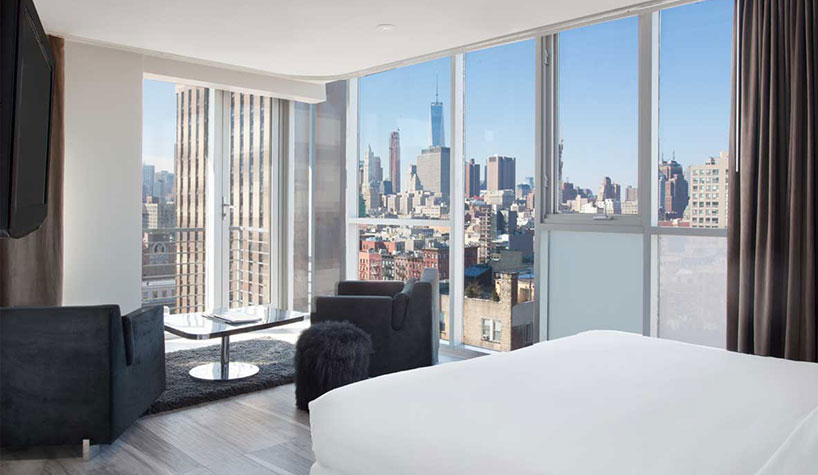 NEW YORK—Jared and Joshua Kushner are expanding Kushner Companies by buying Hotel on Rivington on the Lower East Side in Manhattan, according to a spokeswoman for Kushner Companies, who confirmed it is under contract to buy the hotel.

The 20-story glass high-rise is complete with event space, including a rooftop penthouse. The hospitality industry is a new field for Kushner Companies.

In addition to the purchase of 666 Fifth Ave., the Kushners own the Puck Building and a portfolio of walk-up apartment buildings in the East Village, and also recently bought two properties on the Jersey Shore.

The Hotel on Rivington, which opened in 2005, is currently owned by a former Wall Street lawyer, Paul Stallings.

NYC’s PUBLIC Hotel to mandate COVID-19 vaccination Ian Schrager has mandated that all guests, visitors and staff to his PUBLIC hotel in downtown…
The Lexington Hotel in NYC purchased for $185M In a joint venture, MCR, Island Capital Group and Three Wall Capital LLC have acquired the…
Stonebridge Companies Taps Merali as President DENVER—Owner, operator and developer Stonebridge Companies has named Aly-khan S. Merali as its new president and…
​​Hotel Equities forms strategic alliance with The Hotel Group Hotel ownership, management and development firm Hotel Equities (HE) has entered into a strategic alliance with…