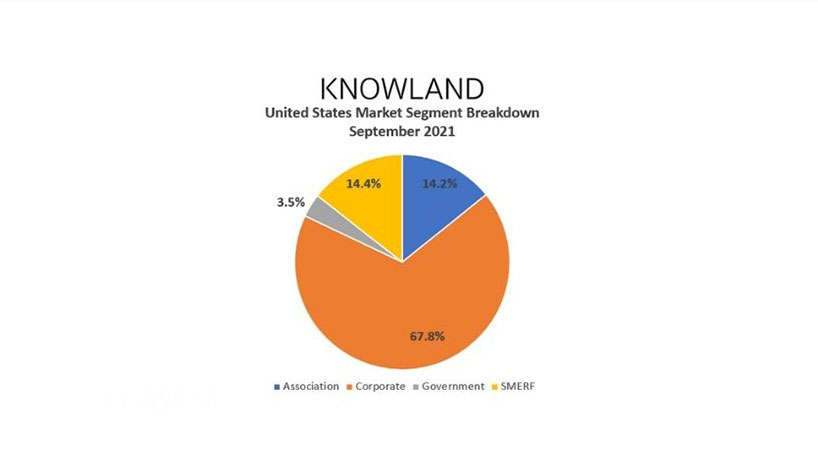 September U.S. group meetings volume increased 17.2% over August, according to data from Knowland. The double-digit growth has continued as group demand has returned. New metric levels are emerging which may be a result of short-term adjustments during this transitional period or the signaling of a reset of industry KPIs.

“While the percentage of growth was not as high as in August, shifts in other metrics show real strength,” said Kristi White, chief product officer, Knowland. “Average attendees are now not only higher than the same month in 2019 but are higher than the average of 2019 as a whole. Additionally, New York and Washington, DC, two of the biggest group markets in the world, climbed into the top five growth markets. To see them resurge is a leading indicator that recovery is broadening.”

Amadeus: Thanksgiving Occupancies Trend Higher Than Summer Holidays NATIONAL REPORT—Based on hotel bookings for the week of Nov. 22-28, Amadeus sees potential improvement in…
Expedia: Americans plan to spend an average of $1,674 on their next vacation We are in the thick of the long-anticipated travel rebound in the U.S., as vaccination rates…
Study: Average Business Trip Cost Will Increase in 2020 BOSTON—Business travel costs have increased steadily in recent years and will continue in 2020. The study,…
HotStats: Hotel profit climbs higher, but could Delta derail it? Global hotel performance is improving month by month. That’s the good news. The more pressing concern…