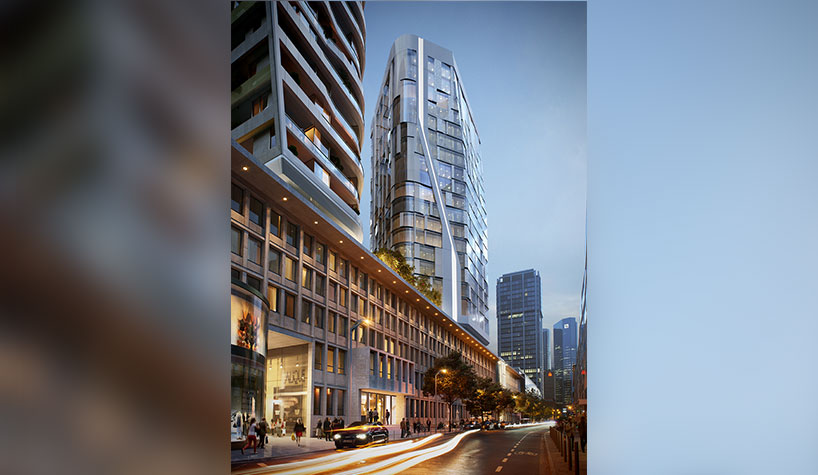 INTERNATIONAL REPORT—Kimpton to debut in Germany, Hyatt Regency to open its first property in Budapest, Hungary, plus Avani expands in Asia. Here’s more on hotels in the works abroad:

Germany to Get its First Kimpton Property

Kimpton Hotels & Restaurants will be bringing its brand to Germany in 2023 with the opening of Kimpton Frankfurt.

Set in a listed building of Junghofstrasse in Frankfurt’s city center, the hotel will have 155 guestrooms, two meeting rooms and an on-site gym. In addition to the hotel’s restaurant, there are also plans for a sky bar and restaurant on the roof terrace.

Mike DeFrino, CEO of Kimpton Hotels & Restaurants, said: “This Frankfurt signing will be an incredible addition to the Kimpton portfolio and further strengthens our growing boutique presence in Europe. Frankfurt is a compelling city for our guests to explore; it’s a central hub for business and finance with a balance of the old and new. We’re thrilled to bring Kimpton’s heartfelt service and design-led approach to Germany in partnership with Groß & Partner.”

Hyatt Regency to Debut in Budapest

A Hyatt affiliate has entered into a management agreement with Városház Utca Projekt Ingatlanforgalmazó Kft. for the first Hyatt Regency hotel in Budapest, Hungary. The 231-room property is expected to open in early 2020.

The hotel will have a 4,197-sq.-ft. ballroom and more than 6,673 sq. ft. of meeting space. Further amenities include a restaurant and bar, a spa, fitness facilities and an indoor swimming pool.

Hyatt Regency Budapest will be located in the Postapalota building, the former postal office on Petőfi Sándor St. and situated near Váci St. and the Danube river.

Avani Hotels and Resorts to Expand in Asia

Avani Hotels and Resorts expands its brand in Asia with an agreement with KTI Property Sdn. Bhd. to manage an Avani hotel in Kota Kinabalu, the capital of Sabah, Malaysia.

Scheduled to launch in the fourth quarter of 2021, the newly built Avani Kota Kinabalu Hotel will be part of a mixed use development with retail, office and a condominium complex. Avani Kota Kinabalu will open with 378 keys, an all-day dining restaurant and a rooftop pool and bar, as well as 9,203 sq. ft. of meeting space.

Hilton and Signo Hospitality to Develop 10 New Hotels in Germany MCLEAN, VA—Hilton has reached an agreement with Signo Hospitality to develop 10 new hotels in Germany…
Radisson Signs Hotel Deals in Germany and Poland INTERNATIONAL REPORT—Radisson Hotel Group (RHG) has signed agreements for new hotels in Germany and Poland. Here’s…
Sbe and Accor Bring Mondrian Brand to Asia; Plan for European Expansion MIAMI—Sbe is expanding the Mondrian brand in Europe and first-ever location in Asia through the opening…
Virgin Ventures to Miami; More Developments in Florida NATIONAL REPORT—What's on the horizon in the Sunshine State? Florida is seeing hotel activity with these…