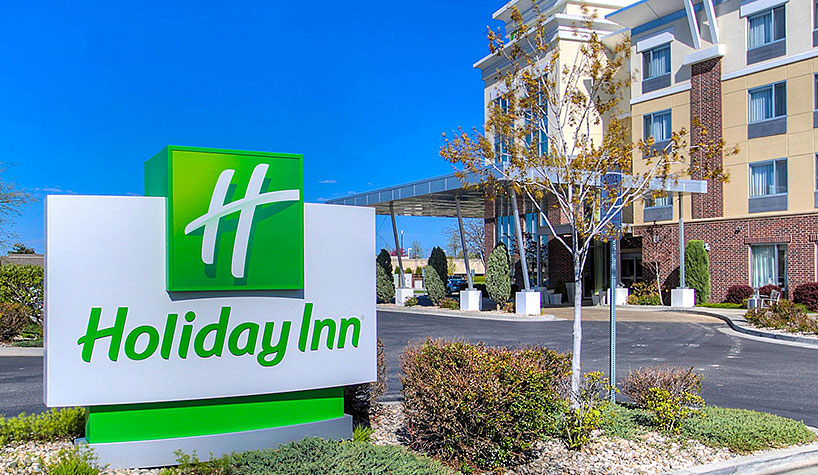 “Trading improved in the third quarter, although progress continues to vary by region. RevPAR declined 53%, compared to a 75% decline in the prior quarter, while occupancy was 44%, up from 25% in Q2,” said Keith Barr, CEO, InterContinental Hotels Group PLC. “Domestic mainstream travel remains the most resilient, and our industry-leading Holiday Inn brand family positions us well to meet that demand as it slowly returns.

“Despite the challenges we’ve faced, we have continued to open new hotels and sign more into our pipeline,” he continued. “This is recognition of consumer preference for our brands and strong owner relationships, and also the long-term attractiveness of the markets we operate in and the relative resilience of our business model. We signed 82 hotels in the quarter, taking us to 263 year-to-date, more than a quarter of which are conversions. As we continue to invest in growth initiatives, we do so with a strict focus on cost reduction and an unwavering commitment to act responsibly for our people, guests, owners and local communities.”

“A full industry recovery will take time and uncertainty remains regarding the potential for further improvement in the short term, but we take confidence from the steps taken to protect and support our owners and drive demand back to our hotels as guests feel safe to travel,” said Barr. “Our actions have resulted in ongoing industry outperformance in our key markets, and we remain focused on leveraging the strength of our brands, scale and market positioning to recover strongly and drive future growth.”

Americas
RevPAR was down 49.8% in Q3. Occupancy was 46%, compared to 28% in Q2. U.S. RevPAR was down 47.3%, with IHG’s performance continuing to be ahead of the industry. The U.S. franchised estate, which benefits from a weighting towards domestic demand-driven mainstream hotels, declined by 43% in the third quarter, while the U.S. managed estate declined by 71% due to its weighting to luxury and upscale hotels in urban locations. There was sequential improvement in each month in the quarter, though the pace of improvement slowed. In early September, road trip “staycation” demand saw occupancy on the Saturday of Labor Day weekend reach 69%.

IHG had 98% of our estate open at the end of September across the Americas. Of the 92 hotels that remain temporarily closed, the proportion of upscale and luxury hotels and those in the managed estate continues to result in an adverse mix impact.

The company opened 6,000 rooms (57 hotels) and removed 2,900 rooms (17 hotels) in the quarter, with the net system size growing 1.7% YOY. Development activity saw ground broken on 30 hotels and 2,500 rooms (27 hotels) signed, including nine across the Holiday Inn brand family, three Avid hotels and two Atwell Suites. Momentum continues to build for the Voco brand that was brought to the region earlier in the year, with three conversions already signed.

Europe, Middle East, Asia & Africa
Q3 RevPAR declined 70.4%, with Europe down 72%, Australia 66% and the Middle East 65%. Occupancy was 31% for the quarter overall. As government-mandated closures and travel restrictions partially eased, leisure-related demand led to the rate of RevPAR decline improving in July and August, before weakening in September. Performance continued to be more challenging in the managed estate and particularly in the portfolio of 18 owned, leased and managed lease hotels in the region, with eight reopened over the course of the quarter but six still remained closed. In total, 105 hotels or 9% of the EMEAA estate remained temporarily closed at the end of September.

Greater China
RevPAR reduced 23.0% in Q3. Occupancy improved to 57%, having been 32% in Q2 and less than 10% in February. In Mainland China, RevPAR was down 32% in Tier 1 cities, while Tier 2-4 cities, which are more weighted to domestic and leisure demand, performed better with a decline of 12%. Over 20% of the portfolio achieved positive RevPAR growth for the quarter, which included resort destinations that benefited from “staycation” demand over the summer months.

IHG opened 2,200 new rooms (10 hotels) in the quarter, with net rooms growth of 8.1% YOY. Signings totalled 8,100 rooms (37 hotels), representing an increase in development activity vs. same quarter last year. Additions to the pipeline included 24 franchise signings across the Holiday Inn Express, Holiday Inn and Crowne Plaza brands, and 13 signings of management contracts including those across other brands.