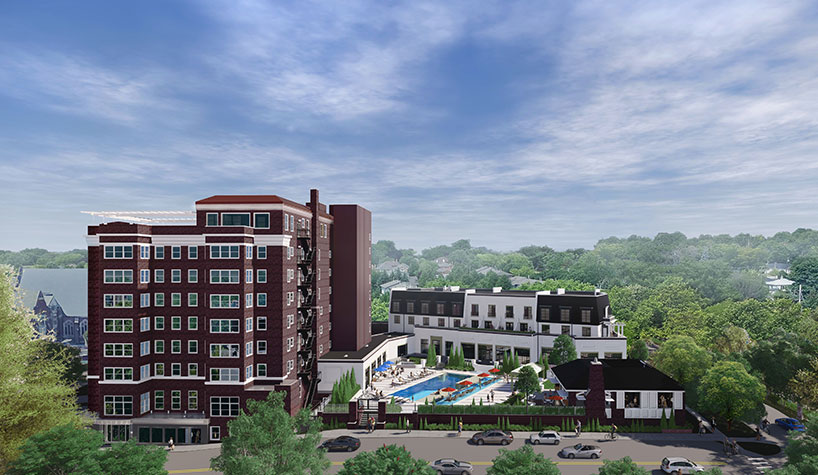 INTERNATIONAL REPORT—Hotels are in the works in cities across the globe. Historic restorations, brand firsts and beach resorts are some of the recent developments:

Shandaken Inn Set to Open in the Catskills
Set for a soft debut this month, Shandaken Inn will officially open its doors in February 2020 in Shandaken, NY. In its revitalized state, the 15-room inn will welcome guests year-round.

Originally built in the late 1920s, the property’s restoration is the conception of owner Jay Jacobs, who appointed New York-based interior designer Alise Yang of AY Designs. Located close to New York City in the Catskills, Shandaken Inn is in close proximity to popular mountain peaks such as Belleayre and Hunter Mountains.

Hyatt Has Plans for First Hotel in Iceland with Hyatt Centric Reykjavík
A Hyatt affiliate has entered into a franchise agreement with H176 Reykjavík ehf, a fully owned subsidiary of Icelandic real estate company Reitir fasteignafelag hf, to open the first Hyatt-branded hotel in Iceland. Expected to debut in 2022, the 169-room Hyatt Centric Reykjavík will have food and beverage outlets, approximately 2,100 sq. ft. of meeting space and is located east of the city center and close to the international airport. The building will be a redevelopment of the former headquarters of the Icelandic National Broadcasting Service.

Aloft by Marriott Coming to San Juan, Puerto Rico
A new Aloft hotel by Marriott is set to open in late January 2020 in San Juan, Puerto Rico, in El Distrito, an entertainment, retail and dining project. The hotel will have 177 guestrooms over seven stories with a variety of open spaces and views of the convention center, bringing the total room count in the Puerto Rico Convention Center District to 1,762. El Distrito will also have a zipline, restaurants, bars, lounges, the first day/night disco and eight movie theaters.

Hotel Projects Shape Up in U.S. Cities NATIONAL REPORT—JW Marriott plants a flag in the Carolinas, a new resort and casino is coming…
Across the U.S., Hotel Projects Shape Up NATIONAL REPORT—Hotel projects continue to come to fruition across the country, providing optimism during this uncertain…
Hotels in the works abroad for W, Regent and Six Senses brands Hotels in development abroad include a W hotel in a new entertainment development in Macau, a…
Mexico and Caribbean Heat Up With Openings and Future Projects INTERNATIONAL REPORT—Hotel offerings in Mexico and the Caribbean include the soon-to-open Conrad Punta de Mita, the…