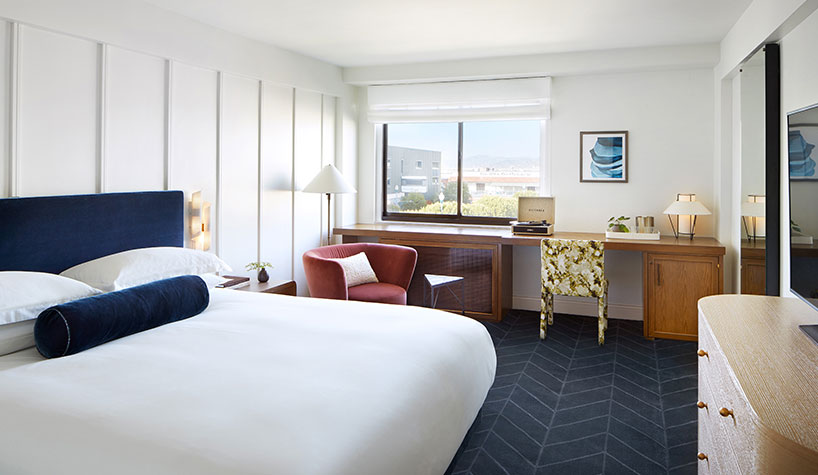 NATIONAL REPORT—Hotels are in the works in San Francisco; Seattle; Orlando, FL; and San Diego. Here’s more on the recent developments:

The luxury boutique hotel rooms will have views of the Pacific Ocean, Alcatraz and the Golden Gate Bridge. Kimpton’s Global SVP of Design Ave Bradley will spearhead the creative vision for the project, in partnership with interior designer Kara Mann and Arcsine Architects.

Lotte Hotel Seattle Set to Open in June
Lotte Hotels & Resorts is set to open Lotte Hotel Seattle, its 31st branch in the world and only its second in the U.S., this coming June. Lotte Hotel Seattle will be located in the F5 Tower in downtown Seattle, close to the Tacoma International Airport. The 44-story hotel will have 189 guestrooms (including 31 suites). French designer Philippe Starck is in charge of the interior design.

All four hotels are being developed simultaneously by real estate developer Doradus Partners within its hospitality fund and are expected to be completed in fourth quarter 2020. Flamingo Crossings Town Center is a new development that includes hotels, retail, dining and housing for students participating in Disney Internships and College Programs.

The site of the property is currently home to Solamar Hotel. Following renovations and a full conversion of the existing hotel, estimated at approximately $20 million, the Margaritaville Hotel San Diego Gaslamp Quarter will come to life. Pebblebrook acquired the Solamar Hotel in 2018 and will assist with the transition along with the resort’s current management company, Davidson Hotels & Resorts. Davidson Hotels & Resorts will operate the property as Solamar Hotel until the hotel is reflagged and will continue to manage the property following the completion of the renovation and rebranding program.