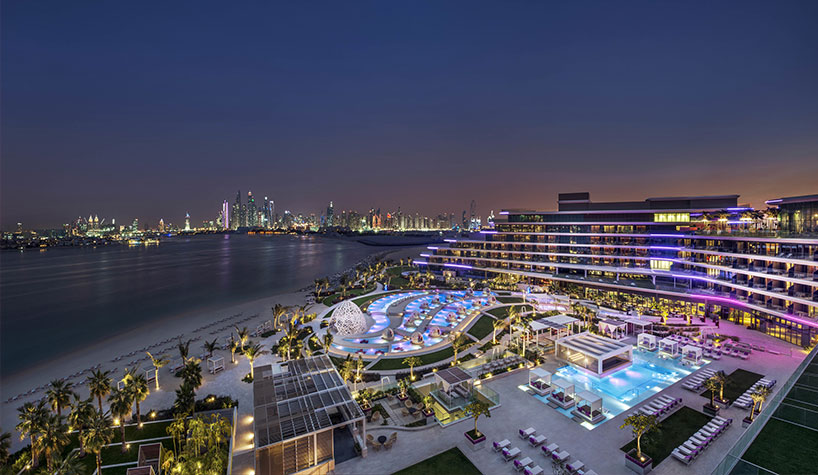 INTERNATIONAL REPORT—Hotels are planting roots in the Middle East with properties near popular attractions, brand firsts and projects in the works:

W Hotels Worldwide has opened the W Dubai—The Palm, located on the Palm Jumeirah, the largest man-made island in the world and one of Dubai’s most iconic attractions.

The hotel has 350 guestrooms and suites, food and beverage outlets, a spa, gym, pools and nightlife options.

The Emerald Palace Kempinski Dubai on the Palm Jumeirah is now open with 383 rooms and suites, as well as eight royal villas.

In addition, there are eight restaurants, bars and several more dining areas, a private beach, an exclusive Cinq Mondes Spa and Wellness Center, a private cinema, dedicated clubs for kids and teenagers, and more.

The Hyatt House brand has entered the Middle Eastern market with the opening of Hyatt House Jeddah Sari Street in the Kingdom of Saudi Arabia.

The 102-room property is located in the Al Salamah District, close to Madinah and Thaliaya Streets, which connects to the Corniche, Jeddah’s coastal resort area. The hotel has food and beverage options, a gym, business center and meeting spaces and prayer rooms.

Hyatt Plans for Hotel and Residences

Hyatt Hotels Corp. has entered into a management agreement with Jabal Omar Development Company for a Hyatt Centric hotel in Makkah, Saudi Arabia, as part of the Jabal Omar integrated real estate development. The property will be close to the Grand Mosque of Makkah, positioned within one of the fastest growing religious tourism markets in the world.

Slated to open in 2023 as a launch pad for exploration, the hotel will have 196 guestrooms and suites, as well as 200 residences.

The new agreement extends an existing partnership with Saudi real estate developer and investor Sulaiman Abdulaziz Al-Rajhi and his real estate development company, Al-Rajhi Investments. The agreement increases Radisson Hotel Group’s portfolio in Saudi Arabia to 43 hotels and more than 10,000 rooms in operation and under development. Both hotels will be located in the Mahbas Al-Jin district of Makkah and close to the Haram.