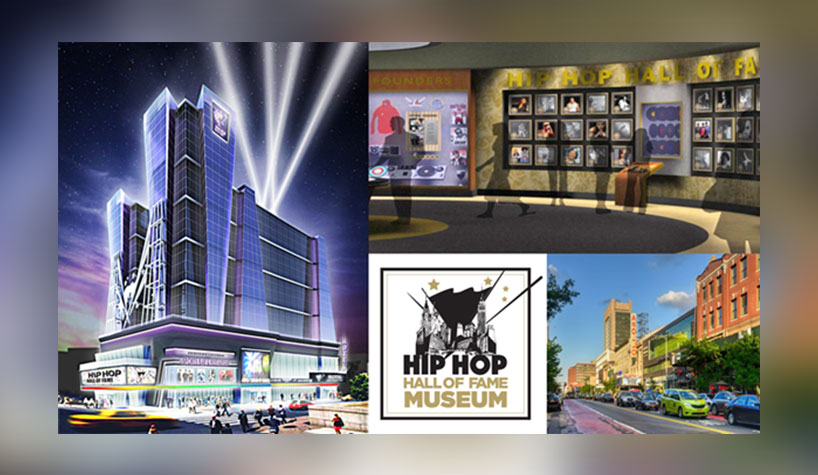 NEW YORK—The Hip Hop Hall of Fame Museum & Hotel has signed a term sheet to acquire a building in Manhattan on 125th St. for the museum and hotel project.

The Hip Hop Hall of Fame (HHHOF) team is now actively engaged in a capital campaign to complete the next round of $5 million to close escrow on the site, and another $10 million to complete the museum and hotel design revisions, building permit phases, as well as break ground, according to the organization. The project is slated to open in 2020-21.

The Hip Hop Hall of Fame opened up the project to “private and institutional investors and hip-hop moguls” to be partners in the ownership and development of the Hip Hop Museum’s hotel, residential, and retail components at the mixed-use facility, according to the company.

“This concept is not new, but revolutionary in hip hop music, culture, and business circles. It fits our community’s socio-economic empowerment objectives of harnessing the ‘power of hip hop’ by leading the way, promoting investment and ownership of real estate in urban development and opportunity zone infrastructure projects …,” stated J.T. Thompson, founder/CEO of the Hip Hop Hall of Fame + Museum. In the 1990s, Thompson created, and executive produced the Hip Hop Hall of Fame Awards Induction Ceremony & Concert on Black Entertainment Television (BET).

The design concept for the proposed 20-story, 140,000-sq.-ft. building will include a museum, five-star hotel, residential apartments, retail mall, gift shop, arcade, TV studios, sports bar, restaurant and concert lounge, according to the company. Promoted as an “urban theme park,” there are plans to produce more than 100 live events and concerts annually.

Canopy Opens in NYC Metro Area; More Debuts NATIONAL REPORT—Recent hotel openings include a Canopy by Hilton in the New York metropolitan area, a…
In Q4, NYC RevPAR Dipped 4.4% NEW YORK—RevPAR fell 4.4% year-over-year in the fourth quarter mainly due to a decline in pricing…
Stonehill on track to deploy $1.25B in 2021 Stonehill, a commercial real estate direct lender, has deployed $612 million across 64 transactions year-to-date, and…
HB Exclusive: Red Roof reports record year in 2021 Red Roof has surpassed 60,000 guestrooms across the U.S., and its growth in 2021 outperformed 2019…