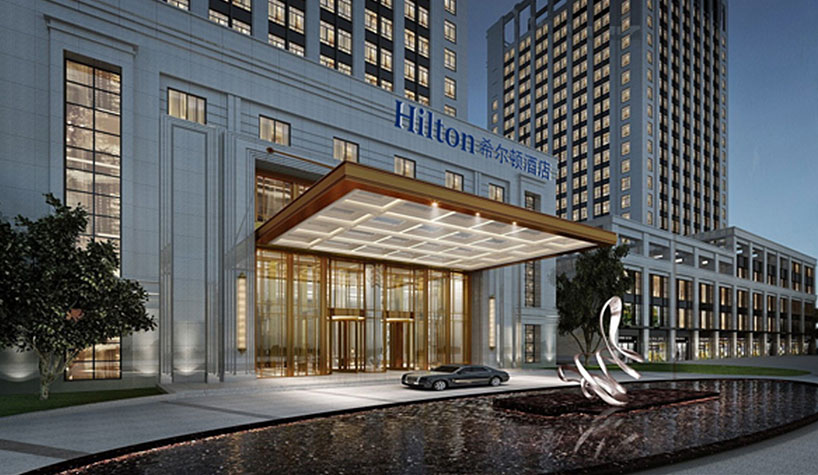 MCLEAN, VA—Hilton Hotels & Resorts celebrated the launch of the brand’s 100th property in Asia-Pacific, with the opening of Hilton Hangzhou Xiaoshan in China.

This marks a significant milestone for Hilton in the Greater China region, the company’s largest market in Asia-Pacific, while also sustaining its momentum in opening more than one hotel a week in the region, according to the company.

“The opening of our first flagship hotel in Hangzhou allows us to bring the brand’s industry-leading innovation, service standards and distinctive experience to meet the city’s burgeoning need for accommodation from its growing leisure and business traveler market,” said Qian Jin, area president, Greater China and Mongolia, Hilton. “Hangzhou is becoming the hub of leading high-tech and internet companies on the east coast of China. The arrival of Hilton’s flagship brand in the city, close to Hangzhou High Tech Industrial Development Zone, Binjiang, where the burgeoning Zheshang businesses are concentrated, underscores Hangzhou’s rising strategic importance.”

The 100th hotel opening is in line with Hilton’s strategy to grow its brand in key destinations. Hilton now operates more than 220 properties across 21 countries and territories in Asia-Pacific, and with more than 440 hotels in the pipeline, the global hospitality company is driving tremendous growth. Currently, nearly one in four rooms under construction in Asia-Pacific, and one in three in China, carries a Hilton flag, the company reports.

Hilton’s sustained expansion is also supported by robust revenue growth in the region. As of Q1 2018, Hilton’s owned and operated properties in Asia-Pacific saw strong year-on-year RevPAR growth of 11.3%, with the highest growth rate of 15.2% in Greater China.

On the same day of Hilton Hangzhou Xiaoshan’s opening, Hilton also opened the doors of its 101st Hilton property in Asia-Pacific, Hilton Xiamen, in a port city of China’s Fujian. Across the rest of the region, Hilton will also be marking its return soon to Manila and Taipei in late 2018 and 2019.