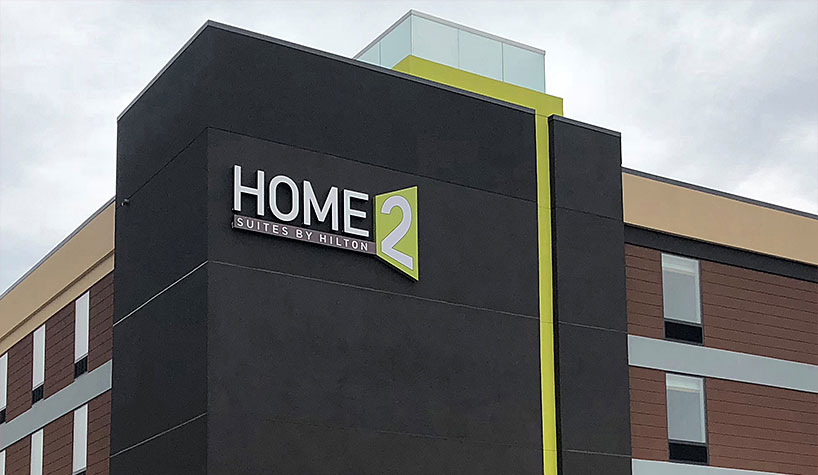 Hilton teamed up with Country Garden to bring the Home2 Suites brand to China.

“Based on what we are seeing, it would be toward the higher end if all goes well,” said Christopher J. Nassetta, president/CEO, Hilton. “Conversions are going to play a role in it. We have a lot of momentum there in terms of the deals that we are signing and are in active discussions [about]. I think those are up [about] 50% from where they were last year in conversions. Some of that will translate into this year and a lot more of it will trade into next year, so a larger component of the NUG [net unit growth] will be conversions, but the latest data I am seeing probably four, five or six points.”

He continued, “I think it will be significantly more than that next year… While conversions are obviously in keeping with what is going on in the broader environment, we went through a period of time when nothing was getting done. Now we are in lots of discussions; those deals need to be negotiated. In some cases you need to do CapEx work, property improvement programs. A bunch of that is going to happen this year; that will have meaningful incremental percentage this year, but…by the time things get done, we’ll be into next year. I do think a combination of that with the properties that were new-constructions that got delayed, particularly during most of the second quarter, will mean next year will be a better NUG year. I don’t think it will be back to where we were yet—it will take a couple of years to get back to where we were—but the math of how NUG is going to work is going to strongly suggest that our 3.5 to 4 is a low point in the cycle and that next year is better and we are moving our way back to a more stable environment.”

Other Q2 highlights include the following:

On a global level, the pervasive impact of COVID-19 began in March, with its most significant adverse impact on occupancy and RevPAR in April. Since April, all major regions have experienced month over month increases in occupancy and RevPAR. Hilton experienced the most notable recoveries in the U.S. and Asia-Pacific with occupancy levels up approximately 20 percentage points and 15 percentage points, respectively, from April to June. Hilton underwent a corporate restructuring in June 2020 to organize its business to be best suited to operate through the pandemic and beyond. Costs relating to the reorganization were recognized in the quarter and accrued as of June 30, 2020.

Additionally, during the quarter, Hilton entered into an exclusive management license agreement with Country Garden to introduce and develop Home2 Suites by Hilton branded properties in China. Hilton believes Home2 Suites, as an affordable extended-stay, upper-midscale offering, is well positioned to capture growth opportunities resulting from the growing spending power of consumers in China’s smaller cities.

As of June 30, 2020, Hilton’s development pipeline totaled more than 2,700 hotels consisting of nearly 414,000 rooms throughout 121 countries and territories, including 35 countries and territories where Hilton does not currently have any open hotels. Additionally, of the rooms in the development pipeline, 234,000 rooms were located outside the U.S., and 222,000 rooms were under construction.