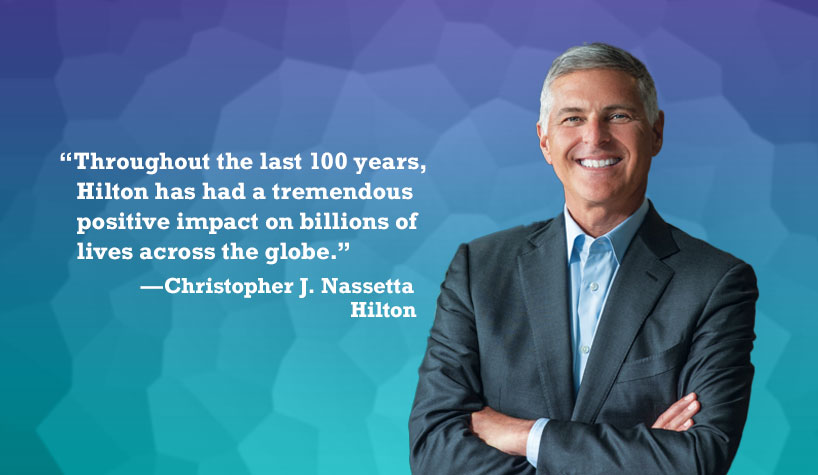 “Throughout the last 100 years, Hilton has had a tremendous positive impact on billions of lives across the globe,” said Christopher J. Nassetta, president/CEO, Hilton. “As we look toward the future, we will continue to prioritize sustainable and inclusive growth, enabling us to further strengthen the collective impact we have on the people and communities we serve.”

“Hilton’s growth and performance are a testament to our resilient business model,” said Kevin Jacobs, CFO, Hilton. “In addition to our record-breaking growth across approvals, construction starts and net units, we are delivering on our commitment to serve any guest, anywhere in the world, for any travel need.”

Travel with Purpose: Effect on Communities