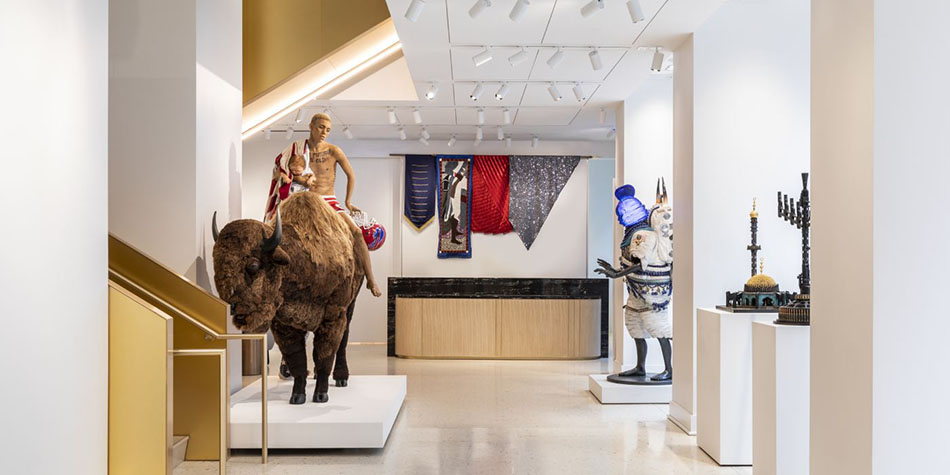 NATIONAL REPORT—The Heartland is heating up with a number of hotel openings. Here are four of them:

The hotel features 297 guestrooms designed by architect Deborah Berke Partners, which was inspired by the sky and nearby Lake Michigan. It also has 10,000 sq. ft. of meeting and event space, curated with contemporary works of art.

The exhibition space, open 24 hours a day, seven days a week, showcases 21st century art throughout the year, with rotating solo and group exhibitions, site-specific installations and a roster of cultural programming.

The 136-room Fairfield by Marriott & Suites St. Louis Downtown has opened. It will operate as a Marriott franchise, owned and managed by Equis Hospitality Management LLC of St. Louis.

Guestrooms include a modern lounge chair and in-room entertainment technology with access to Hulu, Netflix accounts, as well as a mobile desk, couch, refrigerator, coffeemaker and microwave.

Other hotel amenities include a fitness center, business services, valet laundry service, complimentary WiFi and 1,892 sq. ft. of meeting space to accommodate functions of up to 200 people.

My Place Hotels reached the 25-state mark with the opening of the My Place Hotel-Shakopee, MN. The four-story, 63-unit property was developed by Eller Enterprises and is managed by True Hospitality LLC.

Each guestroom features a My Kitchen, complete with a cooktop, a microwave and a full refrigerator. Amenities include on-site laundry facilities, complimentary high-speed internet service and a 24-hour My Store located in the hotel lobby.