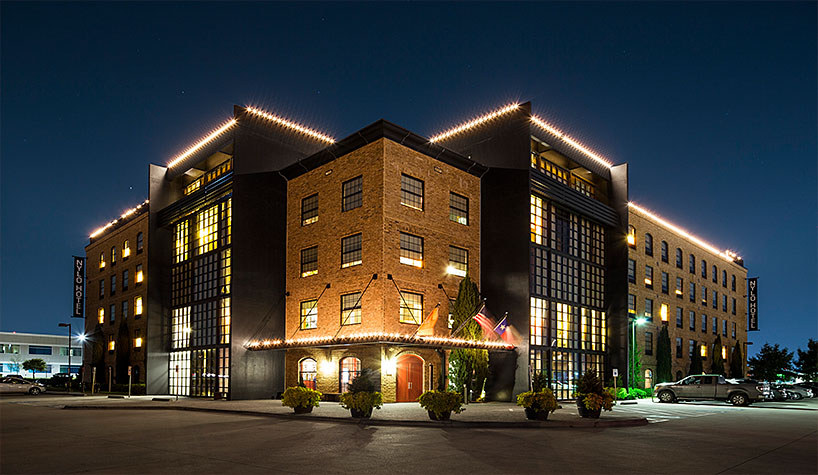 NYLO Dallas Plano Hotel is one property that has implemented Prism’s Sales Office of the Future.

DALLAS—Thousands of meetings and conventions have been canceled due to COVID-19, costing the hotel industry millions of dollars. It will take years to recover those losses, and sales teams across the globe have been put into overdrive in order to recoup some of the lost revenue.

Before the pandemic wreaked havoc on the industry, management company Prism Hotels & Resorts had already put in place what it calls the Sales Office of the Future, which enables salespeople to step away from their desk and do what they do best—selling through face-to-face meetings or networking for new business.

Devised by Allison Handy, the firm’s SVP of sales, marketing & revenue optimization, with help from many other people, the new sales structure is a complete overhaul of the way sales leads have been approached.

“We’ve watched the industry change, and we’ve watched how our customers who buy from us change,” she said. “The volume of inbound leads that we receive from digital sources—many of which we don’t have access to be able to call the client, who either requested not to call or just wants digital responses to these leads—has increased exponentially. These inbound leads are no longer coming via the phone where we can actually have a dialogue with the customer. The amount of time that our highly compensated and highly skilled salespeople were sitting behind the computer just responding to digital leads was increasing to the point where they no longer had time in their day to do what a salesperson should be doing, which is be out networking, socializing, creating relationships and spending time face-to-face with our customers. I also felt that just doing digital entry in a lead response doesn’t require the same skill set, personality traits and behavior style as the person who needs to be out on the street networking with customers.”

The Sales Office of the Future for Prism, which manages 30 properties, consists of two positions: lead analysts and group sales managers. The former are responsible for the inbound digital leads that come into the hotel.

“The digital leads come in from a variety of sources, whether it be from the brand; the convention and visitors bureau; etc.,” noted Handy. “The lead analysts are responsible to respond to those digital leads. They work in conjunction with our revenue optimization team to quote rates, identify appropriate concessions, and provide availability of dates to submit the lead back through that digital response.”

Handy noted, “The group sales manager is also now freed up dramatically to do what salespeople do best, which is pound the pavement, hit the streets, start networking with clients, building additional relationships with customers in the market, traveling to visit customers out of town, attending networking events, socializing and identifying business opportunities from either current accounts or new accounts in the market.”

Since digital leads were virtually nonexistent while the industry and countries around the world were shut down due to the pandemic, the process of focusing on proactive leads put Prism ahead of the game when it was time to sell again.

The Prism executive pointed out that there was a lot of hesitation at first from the sales team.

“Change can be difficult, and they were taking a leap of faith,” she said. “They used to own all of these digital leads and now they had to relinquish control of that to somebody else.

She continued, “But after the new sales structure was implemented, sales managers who were probably the most resistant are now emailing me and saying, ‘Oh my gosh, this feels so great to be able to be talking to folks and networking.’ And I had one sales manager say, ‘Alison, this really works! I was with an account who had told us on the lead that we were too small for them. But when I visited them, we spent 30 minutes talking with their entire team and, following that discussion, they’re going to do whatever they can to try to make this program fit in our hotel.’”

The program rolled out in January, but its success could not be gauged in the first quarter due to the pandemic. For the hotels that beta tested it in Q4, “there was one hotel where, for the previous five months leading up to the quarter, they had seen a negative velocity in group bookings,” Handy said. “They had new supply enter their market, and the hotel had been struggling to maintain group pace. For the three months that we ran the program in Q4, all three months had a positive booking velocity for that property.”

The other numerical measure was the volume of face-to-face client appointments that the sales team was scheduling before the pandemic. “I was finding in many of our large markets—especially Tier 1 and 2 markets—there were limited face-to-face sales meetings,” Handy said. “What I’m seeing now in my weekly sales reports from my hotels is dramatically different. We’re seeing a number of great strategic appointments that they are having with local current and potential customers in the market. It’s really fulfilling to see, and it’s exactly exactly what I was going for in creating the program.”

Jonathan Falik of JF Capital Advisors, who serves as asset manager for several NYLO properties Prism manages, including NYLO Dallas Plano Hotel, Tapestry Collection by Hilton, is another executive who had good things to say about the new sales structure.

“The hotel industry needs a significant change in order to maximize productivity and efficiency,” he said. “Prism’s Sales Office of the Future directly addresses this industry problem by allowing strong salespeople to do what they do best—be with clients and sell—while alleviating and removing most of the administrative burden associated with today’s RFP and sales processes. It seems obvious, but isn’t widely done. Prism’s ability to streamline the sales process, creating more efficiency and greater sales productivity, is tremendously helpful in allowing salespeople to achieve their goals and in keeping them motivated.”

Another major part of the Sales Office of the Future for Prism, which manages 30 properties, is the compensation plan. Traditionally, sales managers are given a goal, and they’re paid some sort of an incentive or bonus only when they achieve it, according to Handy.

“We are now going to pay commission on group business booked by the sales managers to motivate them to push through these appointments, to generate these new leads, new bookings and new business for the property,” she noted. “It was incredibly complex to figure out what the appropriate commission amount is and how we would pay the commissions, and what all the contingencies are to make sure that this program is not only motivating for the salesperson but protects the integrity of the hotel.”

She continued, “The sales managers have to, say, buy-in with 25% of their annual quota. Once they hit that figure, they are then in the money to start earning commissions on their bookings. Once 100% of their quota is reached, then there is a bump to the commission amount that they’re paid to keep them motivated to continue selling beyond their quota.”

Falik believes that other companies should follow Prism’s lead and create their own Sales Offices of the Future using the management company’s model, and applauded Handy’s efforts in the process.

“Prism’s Sales Office of the Future, the brainchild of the company’s sales and marketing superstar Allison Handy, is the future of the entire hotel industry,” he said. “It is simple in its approach yet highly effective: Let excellent hotel salespeople focus substantially all of their time on what they are good at—selling.”