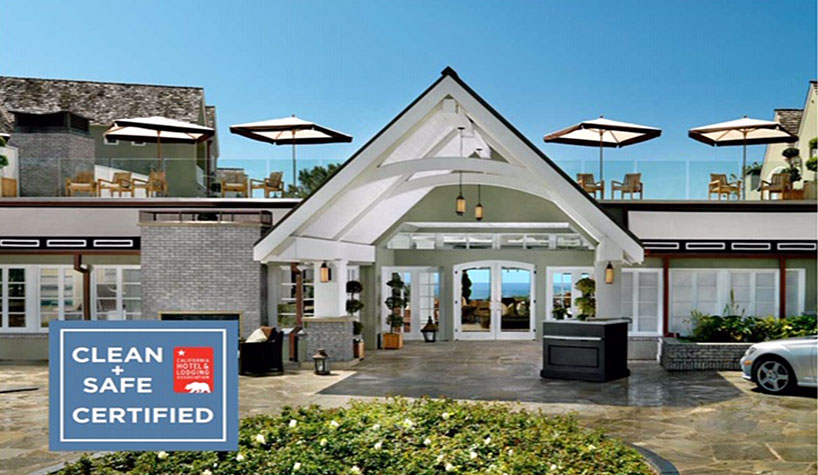 SACRAMENTO—Many California properties are reopening their doors to leisure travelers today for the first time since mid-March, as restrictions to lodge only essential workers lifted. According to Bijal Patel, chairman of the California Hotel & Lodging Association (CHLA), based here, and CEO/principal partner of Coast Redwood Hospitality, more than 5,000 hotels will reopen to nonessential travel “in the next two weeks.” However, seven Bay Area counties, including the San Francisco metro area, will remain closed to leisure travelers until Aug. 3.

Patel, whose organization worked extensively with Gov. Gavin Newsom’s Governor’s Office of Business and Economic Development (GO-Biz) and the Office of Emergency Services to make this date happen, connected with Hotel Business to discuss the state’s reopening plans.

Patel said that it has been a long, hard road to get to this point following the devastating impact of the COVID-19 pandemic.

“Hotels were restricted to essential travel only first in the San Francisco Bay Area on March 16, and it wasn’t until almost three days later that the state of California went into shelter-in-place as a whole,” he said.  “Hotels were never mandated to close; they were allowed to remain open for essential travel only. Very quickly after March 16, in our large metro areas of San Francisco, Los Angeles, Sacramento and San Diego, we almost immediately saw single-digit occupancy. As a result of that, many of the hotels decided to just close their doors; it was more of a business- or a market-driven decision to shut down for a lot of people.”

He added, “The most recent figures I have on closures and layoffs are as of May 19. We had 1,006 hotels closed across the state, which represents about 147,518 rooms. As a direct result of that and the pandemic, we saw 75,733 layoffs across the state in tourism and the hotel industry. Our April RevPAR was -81.6% across the state of California, with Anaheim, L.A. and San Francisco all running under 20% occupancy in the months of March and April.”

Since many hotels were open throughout the pandemic to house employees from essential businesses, first responders and COVID-19 at-risk individuals, they could easily transition to reopening to leisure travel.

“Because some hotels were able to stay open over a 12- or 13-week period as the pandemic evolved, they were able to implement measures as they went along,” said Patel. “Since hospitality has been a partner in this since March 16, we don’t need the long ramp up time to get things back and going again. Our properties are complying with brand-mandated programs and/or our Clean+Safe program.”

Still, some properties will take some extra time before they are back in business, according to Patel, who pointed out that “a lot are saying that their reopening date is June 19 or June 26, since there’s going to be a recall and retraining effort for employees.”

Independence Day Influx
It was essential to the CHLA and its members that business starts up by now in order to be ready for the expected high demand during July 4th weekend.

“June 12 gets us to a point where perhaps by July 1—and that very important July 4 weekend—we’re ready to go,” Patel noted. “We’re open, our staff members are recalled, they’ve all been trained and our protocols are in place. If [the governor] had said July 1—and that was originally where it was going—we were not going to be able to get the properties up and running and the employees back in three days before July 4. That June 12 date gave us a little bit of a cushion.”

Many hotels in the state have taken well to the new protocols put in place by the Clean+Safe initiative, Patel said, adding, “With 50% of our members being independent properties, we’ve seen tremendous support for Clean+Safe hotels that currently don’t have a brand-mandated program, but what’s even more exciting to see is brand members also signing up for Clean+Safe certification.”

The CHLA chairman also noted of Clean+Safe, “A critical component has been the public and private partnership between the CHLA and the California Office of Emergency Services. We were able to actually secure personal protective equipment (PPE) for every Clean+Safe-certified member across the state. Gallons of hand sanitizer and masks in the thousands are currently being set up in regional distribution hubs and are being made available to Clean+Safe-certified properties at no cost.”

He continued, “We have more than 300 hotels that have already received window decals and marketing material after receiving their certification. Every day, we’re processing close to 60 to 70 Clean+Safe applications, as well as COVID-19 exposure mitigation plans. Since the initial launch of Clean+Safe—we’re now in our second iteration—we’ve also included a COVID-19 exposure mitigation plan. It’s a complete customizable plan per member property which includes training; the appointment of a  COVID-19 Hotel Champion; and all the resources related to compliance with Clean+Safe and the California Department of Public Health.”

As mentioned earlier, the seven Bay Area counties have stated that they won’t open to nonessential travel until Aug. 1, but Patel noted that the date could have been even later.

“The seven Bay Area counties were the first to shelter-in-place. They took a hardline stance on virus response, and we’re supportive of that. They’ve been sort of a coalition since then,” he said. “San Francisco two weeks ago put hotels into Stage 4, which in California is large convention gatherings and sporting events with live audiences. Essentially,  California will move into Stage 4 once we have a vaccine or enough therapeutics to treat the virus.”

He added, “It was very devastating because the governor had always said that Stage 2 and Stage 3 were very, very imminent, but that Stage 4 was months away. So, there was a little bit of a coordinated effort to make sure that San Francisco reeled back. We were in the last two weeks able to get them to agree to a Stage 3 opening for hotels. However, they kind of doubled-down and originally said Aug. 15, but now it’s Aug. 3.”

Now that restrictions are lifted, the CHLA is moving forward into discussions with elected officials on two important pieces of legislation for hoteliers in California.

“We are currently advocating for a $45-million authorization for a tourism effort with Visit California. Once everyone is able to reopen, we’re going to market California as a tourism destination that’s ready and open again,” said Patel. “A lot of Visit California’s charter is focused on out-of-state marketing. Because we think that interstate marketing is going to be incredibly important in the next eight to nine months, we want to make sure that we have the funds for Visit California to be able to do that.”

He continued, “Secondly, we are trying to advocate for some type of protection to mitigate the legal liability that could potentially happen surrounding COVID-19. When hotels started providing shelter to COVID-19 at-risk individuals, we started asking our elected officials to give hotels some kind of shield so that there isn’t any hesitation and they should not be worried about any kind of legal liabilities going forward.”