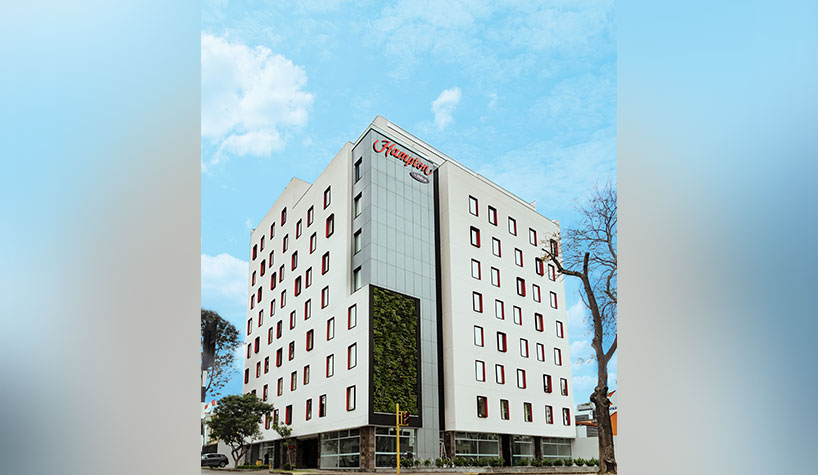 MCLEAN, VA—Hampton by Hilton has opened its 2,500th hotel, Hampton by Hilton Lima San Isidro in Peru. Hilton’s largest brand now offers nearly 260,000 rooms worldwide across 27 countries and territories, and it has more than 700 properties (93,000-plus rooms) in its pipeline—the largest ever in brand history and within the Hilton enterprise.

Hampton now offers more than 50 properties and nearly 7,000 rooms across nine countries and territories in the Caribbean and Latin America and aims to add nearly 15 properties and more than 1,750 rooms by 2022, including a first-in-country location in El Salvador, set to open in 2021. Hampton’s growth in the region supports the company’s larger expansion strategy across the Caribbean and Latin America, where Hilton has nearly 150 open properties welcoming guests across 23 countries, and more than 90 projects in the development pipeline.

Hampton by Hilton’s growth extends to Europe with nearly 90 open properties. The brand recently expanded into Belgium with Hampton by Hilton Antwerp Central Station and France with Hampton by Hilton Paris Clichy. Hampton also just announced a partnership with Alshaya Group, where the international franchise operator will develop 70 Hampton properties in nine countries across the Middle East, North Africa and Russia. With the first hotel expected to open in 2021, the Alshaya Group will deliver 50 hotels in the next eight years, with another 20 in the pipeline.

The brand’s international growth has also occurred in the Asia-Pacific region where Hampton by Hilton has achieved 180% year-over-year growth, with China catalyzing this rapid expansion, including the recently opened Hampton by Hilton Changsha South Station and Hampton by Hilton Guangzhou Dongxiaonan. Hampton, which opened its first Chinese property in 2015, is now the No. 1 fastest-growing international hotel brand in the country just four years later and is set to open its 100th hotel later this year, according to the company. The brand has a pipeline of more than 260 signed hotels and 40,000 rooms in China alone.