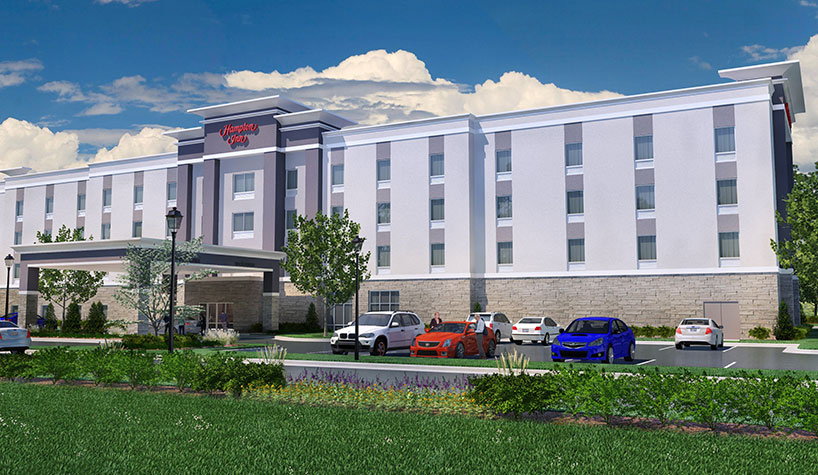 Rendering of Hampton Inn by Hilton

In addition, the brand expanded its presence globally with new hotels in Germany, the United Kingdom, and Poland. These openings complement traveler demand for thoughtful service and value-driven accommodations and are part of the tremendous growth of Hampton by Hilton, with more than 2,345 properties in 21 countries and regions.

“Hampton by Hilton has a strong track record of setting the bar high and delivering an outstanding guest experience backed by the Hampton Guarantee, an industry first that demonstrates our team’s continued commitment to new and returning guests,” said Shruti Gandhi Buckley, global head, Hampton by Hilton. “Travelers know that whether they are embarking on the great American road trip or globe-trotting to new destinations, every Hampton team member is dedicated to ensuring a warm, welcoming stay where guests can relax and recharge with intuitively designed guestrooms, modern amenities, and free, healthy, hot breakfast.”

In the past month, the brand opened several new properties:

In addition, the brand continued its worldwide expansion adding hotels in Europe:

Europe remains a key market in the brand’s global growth strategy, with more hotels slated to open in countries such as France, Poland and Switzerland in 2018. The planned European properties are part of Hampton’s robust pipeline of more than 610 hotels, the largest in the brand’s history, according to the brand.