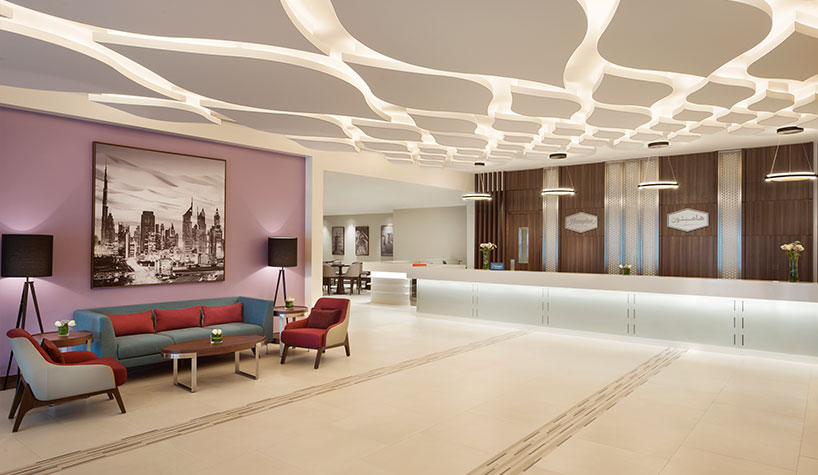 iNTERNATIONAL REPORT—A debut in the Middle East to beach resort openings in Mexico and Montenegro, here’s a look at international openings:

The 420-room hotel is located near the Dubai International Airport and the Dubai Airport Freezone Authority (DAFZA). Hampton by Hilton Dubai Airport also has a rooftop gym, infinity pool and a fully licensed bar.

The Luxury Collection, part of Marriott International Inc., has opened Solaz, a Luxury Collection Resort, Los Cabos. On 34 acres overlooking the Sea of Cortez, the hotel is located midway between the city of Cabo San Lucas and the town of San José del Cabo. The 128-room beachfront property is The Luxury Collection‘s first hotel on the Baja California peninsula.

The hotel has five restaurants and lounges, a spa, two infinity pools and 20,000 sq. ft. of meeting, wedding and event space that can accommodate more than 1,000 guests.

The Barcelona Edition has opened in El Born, the city’s creative hub in the center of the Ciutat Vella district. Proximate to the Santa Caterina Market and close to the beach and the Barcelona Cruise Port, the hotel is also near the Picasso museum, Antoni Gaudí’s Palau Güell and the Basilica de Santa Maria del Mar.

Having undergone a complete metamorphosis by Carlos Ferrater Studio, the property has been transformed into a contemporary, glass-fronted monument, acting as an urban mirror to reflect the city’s gothic architecture. The property has 100 rooms and suites, three restaurants, two bars and a roof terrace with a plunge pool.

Karisma Hotels & Resorts has opened Allure Palazzi Kotor Bay Hotel by Karisma. The resort has 86 guestrooms, 10 villas with private beachfront access and three penthouse suites, each with a balcony or terrace. Resort accommodations include a spa, gym and two outdoor pools.

Located on the Kotor Bay in the coastal town of Montenegro, Allure Kotor Bay Hotel by Karisma provides guests access to Kotor Old Town, the Porto Montenegro, Perast and Risan with the Church of Our Lady of The Rocks and the seaside city of Herceg Novi. The hotel is also near the Tivat International Airport.

Radisson Blu has opened in Bordeaux, France. The 125-room hotel is in the Bassins à Flot district of the city, close to Cité du Vin. Radisson Blu Hotel, Bordeaux has two restaurants, a sky bar and meeting an event space including five conference rooms and a ballroom.