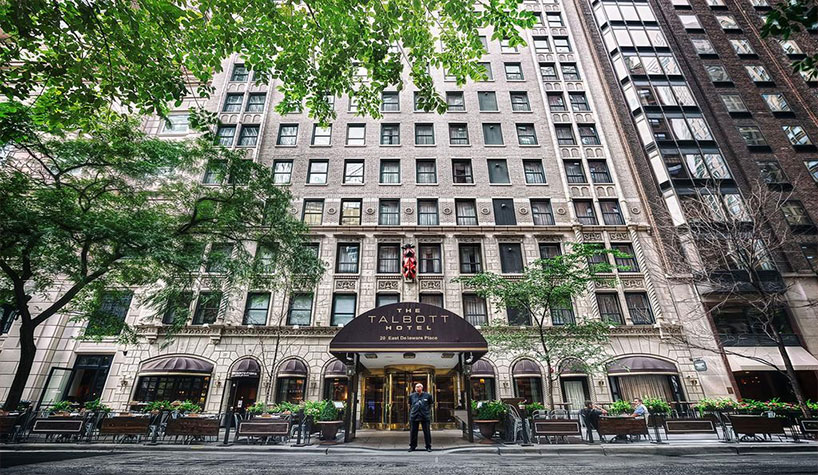 The Talbott Hotel in Chicago.

NATIONAL REPORT—Whether for independent or branded product, lenders continue to provide financing for a variety of projects. Here’s a pair that are flush with funds.

Mesa West Capital has provided a Sterling Bay partnership with $48 million in short-term, first-mortgage debt to refinance The Talbott Hotel, a 178-room boutique lifestyle hotel located at 20 East Delaware Pl. in Chicago. The financing included $7 million in mezzanine debt that was placed at closing.

After acquiring the 16-story hotel in autumn 2015, Sterling Bay executed an extensive capital program to rebrand the property as a luxury boutique hotel within Chicago’s Gold Coast submarket. Improvements included a complete renovation of the lobby, common areas and guestrooms; reconfiguration of the first floor; and the addition of a new restaurant, fitness center and 29 new guestrooms.

The collateral also included an adjacent 2,200-sq.-ft. retail parcel where Sterling Bay signed a long-term lease with Danish juice and coffee shop, Joe and the Juice.

Mesa West’s floating-rate, non-recourse loan will allow Sterling Bay time to stabilize the hotel over the course of the five-year loan term, according to Mesa West VP Matthew Snyder, who originated the loan along with Associate Brian Hirsh.

“The strength of the Augusta market and the sponsorship allowed the ownership group to secure a long-term, fixed-rate loan with only two years of operating history. Ownership used the proceeds of the loan to refinance the asset and was able to receive a significant part of the investment back to reinvest in other projects,” said Peter Berk, president, PMZ Realty Capital LLC.

Danny Patel, former chairman of AAHOA and partner in the property, noted PMZ brought multiple financing quotes for review “and helped us select the one most advantageous to the ownership group.”