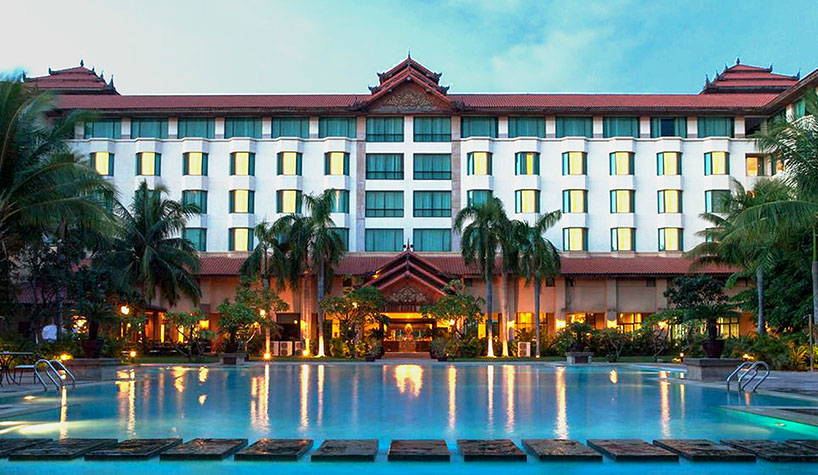 INTERNATIONAL REPORT—Myanmar, Canada and the Middle East are home to new properties, including Hilton’s third in the Southeast Asian country and Jumeairah’s first in Bahrain.

Hilton Mandalay opens today in Myanmar, offering upscale accommodations in the center of the country’s second-largest and fastest growing city. The hotel offers views of the Mandalay Palace and Mandalay Hill from its 231 guestrooms. Many have private balconies, and select rooms feature large terraces. Kitchenettes are available in several rooms.

Café Mandalay is the hotel’s all-day dining restaurant with a selection of Southeast Asian and local cuisines. The space is designed with a live open kitchen and wine wall. Bungkus, an upscale deli in the lobby, serves pastries and quick bites.

The luxury hotel, located on the Exhibition Place grounds just inside the Princes’ Gates, overlooking the Lake Ontario waterfront and opposite the Enercare Centre, has 406 lakefront rooms and suites, with a plan in place to have all public areas open in phases in the upcoming months.

Jumeirah Royal Saray, the company’s first hotel in the Kingdom of Bahrain, recently opened. Architecturally inspired by traditional Bahraini summerhouses, the hotel will blend history and modern culture with a chic dining, spa and pool scene.

The new 174-room hotel has summerhouses and royal residences, poolside cabanas and an upscale casual restaurant featuring a gin bar. Indoor and outdoor meeting spaces will be able to accommodate more than 400 people and Talise, Jumeirah’s own brand, will eventually offer a wide range of signature treatments from a destination spa, sitting in its own wing.

The design of guestrooms within Jumeirah Royal Saray pays homage to the Bahraini pearl diving industry with the colors of nacres (mother-of-pearl), silvers and ocean blue tones. Across the resort, patterns from traditional and royal houses, including ‘The House of Sheikh Isa bin Ali Al Khalifa,’ feature heavily in furniture, glass and ornate details. In addition to Bahraini heritage, the design brings together curated materials from all over the world, including hand-blown glass chandeliers in every bathroom from the Czech Republic; five different types of Italian marble; and gold and silver foiled walls by master French artisans.

Radisson Blu Hotel, Dubai Waterfront recently opened. The property has 432 rooms and suites, all with a contemporary design and high-end finishes, many with private balconies. Accommodations include standard or business class rooms, suites, while the family rooms provide added amenities, such as kids’ games and access to the kids’ club.

The hotel is also home to the city’s newest nightlife destination, the Gotha nightclub, the first outside of Cannes.

Four debuts to know Hotels are making their debuts across the country, including a new boutique hotel built on a…
Four transactions to know Transactions are happening across the country. Here’s a look: MCR acquires Hilton Garden Inn Louisville Mall…
Wyndham Continues Global Expansion With Two Openings INTERNATIONAL REPORT—Wyndham Hotels & Resorts is expanding its global presence with openings in India and Nepal:…
Hyatt Expands Global Footprint With Five Openings INTERNATIONAL REPORT—Hyatt Hotels Corporation has revealed the opening of five new distinct hotels in the U.S.…