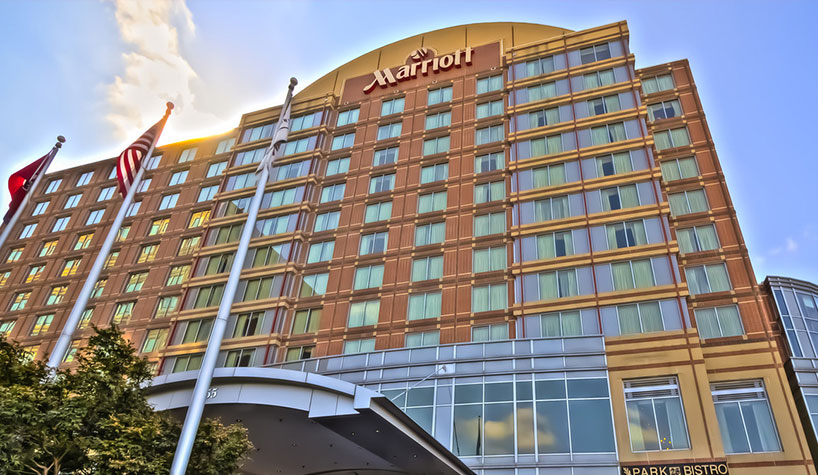 INTERNATIONAL REPORT—Around the U.S. and abroad, hotels are changing hands or seeking financing. Here’s a look at the latest transactions:

The Marriott Nashville Hotel at Vanderbilt University has been acquired by an affiliate of White Lodging Services Corporation. Near Vanderbilt University and its medical campus in Nashville’s West End district, the 311-unit hotel underwent a complete renovation of the guestrooms and corridor. The property is the only hotel on Vanderbilt’s campus and overlooks the Commodores’ football stadium. The hotel will undergo a further renovation of the restaurant, lounge, and meeting space in the next 12 months.

Holliday Fenoglio Fowler L.P. (HFF) has sold a two-property select-service hotel portfolio in the Las Vegas suburb of Henderson, NV. The portfolio comprises two, adjacent four-story hotels, the 120-room SpringHill Suites Henderson and the 108-room TownePlace Suites Henderson. Both hotels opened in 2009 and were renovated in 2016 as part of a comprehensive property improvement plan.

The HFF team arranged the sale on behalf of the seller, a joint venture of Brickstar Capital and Solana Company. Twenty Four Seven Hotels managed the hotels for the seller. The HFF investment advisory team representing the seller consisted of Managing Directors Scott Hall and Jules Sherwood.

Mumford Company has closed seven transactions involving properties across the U.S. The hotels, all sold in individual transactions, located from Montana to Virginia represented a cross-section of select and full-service mid-market brands.

“Many investors thought the Tax Cuts and Jobs Act would immediately add more inventory to the market, but that has not been the case thus far,” said Steve Kirby, managing principal, Mumford Company. “Solid fundamentals and strong demand have kept operating margins at historical highs but the opportunity to posture for coming years is now, while lodging real estate pricing remains strong. There are opportunities on the buy side, but owners do not want to try to time the market and be the last ones looking for the exit.”

Park Hotels & Resorts Inc. has closed on the sale of the 601-room Hilton Berlin for gross proceeds to the joint venture owners of the entities that own the hotel of $348.21 million (€297 million) or $583,000 per key before customary closing adjustments. Park’s pro rata share of gross proceeds was approximately $140 million. The sale price represents an EBITDA multiple of approximately 20x the hotel’s 2017 EBITDA.

Meridian Capital Group has arranged $13 million in financing to refinance Windsor Suites in Philadelphia on behalf of the Edward S. Brown Group. The seven-year loan, provided by a balance sheet lender, has a rate of 3.75%, negotiated by Meridian SVPs David Fisher and Scott Jackson. The Windsor Suites is a 24-story property consisting of 196 suites, and 120 studio and one-bedroom rental apartments.

Braemar Hotels & Resorts Inc. has refinanced two mortgage loans with existing outstanding balances, totaling approximately $358 million. The previous mortgage loans refinanced were the Morgan Stanley Pool and the GACC Sofitel loans with final maturity dates in February 2024 and March 2019, respectively. The new loan totals $435 million and has a two-year initial term with five one-year extension options, subject to the satisfaction of certain conditions. The loan is interest only and provides for a floating interest rate of LIBOR + 2.16%.

The loan is secured by four hotels: Seattle Marriott Waterfront, San Francisco Courtyard Downtown, Philadelphia Courtyard Downtown, and Sofitel Chicago Magnificent Mile. As part of this financing, the allocated loan balance associated with the Renaissance Tampa International Plaza as part of the Morgan Stanley Pool was paid off at closing and that property is now unencumbered. The next hard debt maturity for the company is in March 2020.