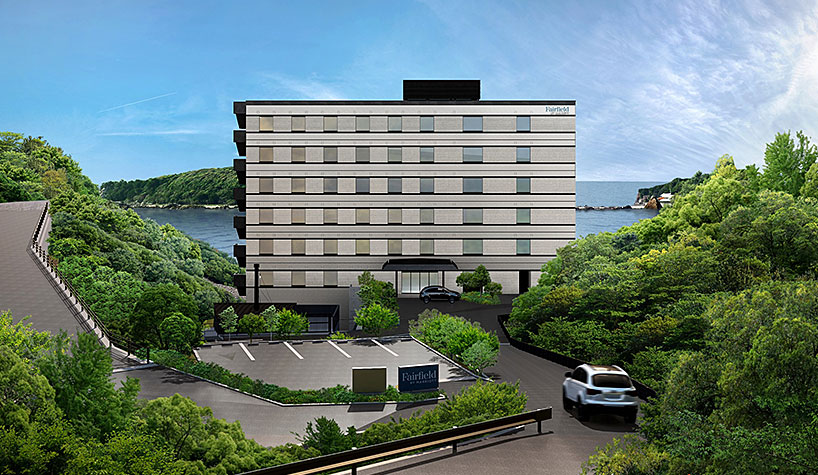 Marriott will add 11 Fairfield properties in Japan by 2022.

BETHESDA, MD—Marriott International has signed an agreement with Japanese real estate developer, Sekisui House, to bring 11 new Fairfield by Marriott hotels to Japan. The agreement expands the collaboration with Sekisui House for the Michi-no-Eki project, adding on to the 15 Fairfield by Marriott hotels signed in 2018. All properties are anticipated to open by late 2022.

The signing expects to introduce the Fairfield by Marriott brand to five new prefectures, spanning from the North to South of Japan, including Hokkaido, Hyogo, Okayama, Hiroshima and Kagoshima. The hotels are slated to be built in key locations near roadside rest stations called “Michi-no-Eki” in Japan, situated close to national parks and UNESCO World Heritage Sites and unlocking easy access to many undiscovered destinations.

“We are pleased to work with Sekisui House in adding 11 new Fairfield by Marriott hotels to the Michi-no-Eki development project and growing our select-service portfolio,” said Paul Foskey, CDO, Asia-Pacific, Marriott International. “Marriott International has a longstanding relationship with Sekisui House and we look forward to increasing access to Japan’s travel destinations outside of major metropolitan areas.”

Ranging in size around 50 to 100 guestrooms, each Fairfield by Marriott hotel takes inspiration from its surroundings, delivering the beauty of simplicity for guests who appreciate a calming, reliable experience characterized by warm hospitality, according to the brand. Each of the hotels’ public areas serve as a flexible social space to share and connect with other travelers or simply to relax. Guests can expect a harmonious balance of functionality, comfort and enriching decor in natural materials and carefully selected amenities.

“This signing represents another milestone in our longstanding relationship with Marriott International and ensures the delivery of the highest standards of hospitality in line with our values,” said Yoshihiro Nakai, president/representative director, Sekisui House. “Undiscovered attractions in remote areas will broaden opportunities for travelers and revitalize local regions by creating new job opportunities and a new flow of people coming into these regions. We are pleased that the new Fairfield by Marriott hotels will play a large role in the Michi-no-Eki development.”