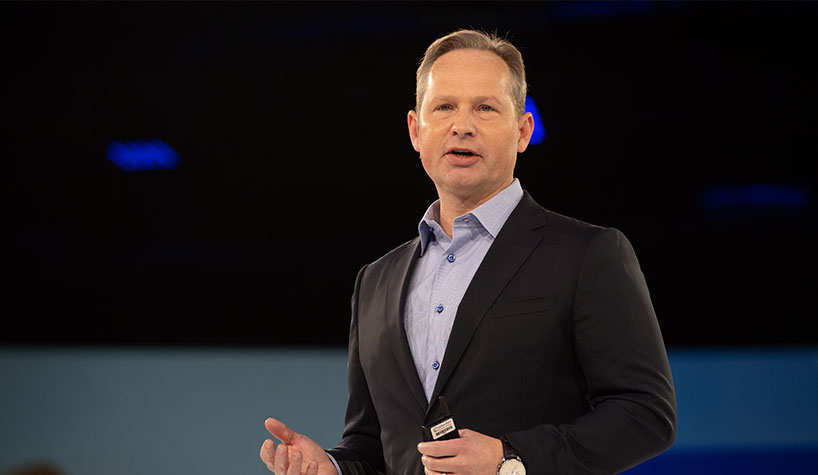 Mark Okerstrom is stepping down as CEO of Expedia Group.

SEATTLE—Expedia Group Inc. today revealed the resignation of Mark Okerstrom as CEO and a member of the board of directors and CFO Alan Pickerill, effective immediately.

Barry Diller, chairman of the board, and vice chairman Peter Kern, director of Expedia, will oversee the company’s executive leadership team, managing day-to-day operations, while the board determines the long-term leadership of the company.

Eric Hart, the company’s chief strategy officer, will serve as acting CFO. Ariane Gorin, who most recently served as president of Expedia Partner Solutions, is being promoted and will have an expanded role as president, Expedia Business Services.

Diller said “Ultimately, senior management and the board disagreed on strategy. Earlier this year, Expedia embarked on an ambitious reorganization plan with the goal of bringing our brands and technology together in a more efficient way. This reorganization, while sound in concept, resulted in a material loss of focus on our current operations, leading to disappointing third quarter results and a lackluster near-term outlook. The board disagreed with that outlook, as well as the departing leadership’s vision for growth, strongly believing the company can accelerate growth in 2020. That divergence necessitated a change in management. Mark Okerstrom is a talented executive and his 13 years of service to Expedia has greatly benefited the enterprise. The board and I wish him the best for the future, as we do for Alan Pickerill.”

“I will be purchasing additional shares in the company as a tangible sign of my faith in and commitment to Expedia’s long-term future,” added Diller.

Kern added, “While we share and understand the investment community’s unhappiness with our third quarter results and how 2019 has shaped up overall, we are keenly focused on the future and all of the opportunities ahead of us. We believe there is significant opportunity for Expedia to grow revenue and margins in what is still a very dynamic online travel industry. The company has an exceptionally strong and deep executive leadership team in place. Barry and I, as well as the entire board, look forward to working closely with them in the period ahead, as well as over the long term. Additionally, we intend to use our strong balance sheet to continue and amplify our stock repurchase program, given our belief that the market currently undervalues our company.”

Diller has been chairman of the board of Expedia Group since February 4, 2002, when IAC/InterActiveCorp (IAC) acquired a controlling interest in Expedia, and has been senior executive of Expedia since the completion of the company’s spin-off from IAC on August 9, 2005.