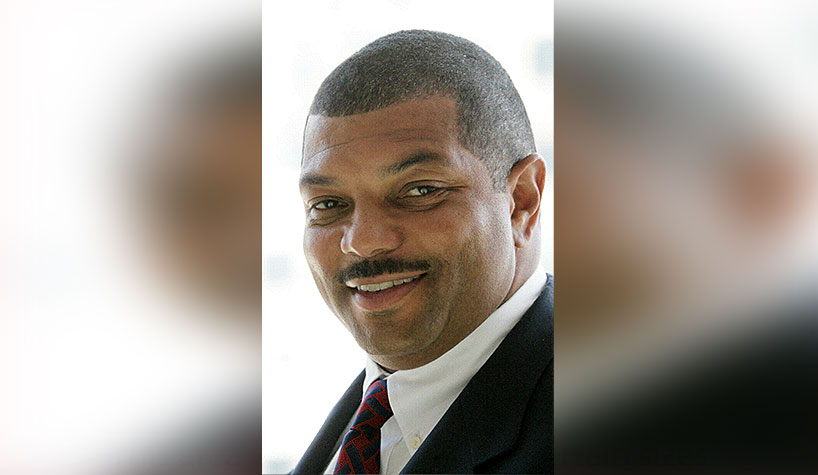 NATIONAL REPORT—Companies in all facets of the hospitality industry are making executive moves. Here’s a look:

Kelleher will become chairman of the board. Additionally, Principal/COO Jim Dina will move to Pyramid Hotel Group’s Board of Directors. Kelleher and Dina will remain closely involved with the business.

Incoming CEO Fields is one of Pyramid’s founding partners, and has been CIO since 1999, having overseen the growth of the company’s portfolio to approximately 100 hotels through development, acquisitions, third-party management and asset management. He was responsible for all aspects of business development, fundraising, acquisitions and new investment opportunities.

Fields is the former VP of development and operations of Promus Hotel Corporation, which was sold to Hilton Hotel Corporation in 1998. At Promus, he formulated and implemented a strategy for creating a new hotel brand for the company which eventually sized to 30 properties.

He began his career with Beacon Hotel Corporation, a predecessor company to Promus, where he served as VP of development for Guest Quarters Hotels, and later DoubleTree. He returned to Boston in 1999 to form Pyramid Hotel Group with Kelleher and Dina.

Virgin Hotels has named Harris White to the role of CFO.

White is responsible for the brand’s financial impact as it relates to growth investments and new management contracts. Additionally, he will help set the growth agenda and outline the financial vision for the Virgin Hotels brand. Working hand in hand with the CEO and senior  management team, White will help execute new development ventures growing the Virgin Hotels brand both nationally and internationally.

Before joining Virgin Hotels, White held a leadership role at Sage Hospitality, where he oversaw all aspects of finance, accounting and technology functions for that company’s 75 hotels and 12 restaurant concepts nationwide and an annual system revenue in excess of $900 million. He also acquired, sold and recapitalized transactions totaling $1.9 billion of aggregate value with third-party institutions and high-net-worth individuals and led the negotiations and successful execution of a $60 million co-investment fund with a private equity investor for future hotel acquisitions.

White has worked with a number of established brands such as The Wellbridge Company, Morgan Keegan & Company, and more.

He joins Timbers Resorts from SunGate Capital LLC, a single-family private equity and investment office where he served as the chief investment officer responsible for developing and implementing investment strategy for the firm.

KSL Resorts has promoted James Struthers, the company’s longtime CFO, to president of the company.

As CFO at KSL Resorts for 14 years, Struthers was charged with improving financial performance and delivering high returns to investors and partners. In 2012, he was appointed to head the asset management division of KSL Resorts.

Prior to coming to the U.S., he trained and qualified as a chartered accountant with KPMG in London and Hong Kong. He then held a number of high-profile financial positions in large, diverse international organizations taking him all over the world. He was the CFO of Orient-Express Hotels (now Belmond), where he and the CEO completed the company’s IPO. Before that, he was CFO of Eurostar, provider of high-speed (200 mph) train service between London, Paris and Brussels.

Hyatt Hotels Corporation has selected Jim Tierney to serve as SVP of development and owner relations for the Hyatt Place and Hyatt House brands in North America.

Most recently, Tierney served as Hyatt’s VP of development and owner relations, where he led a team responsible for the development and growth of the Hyatt Place and Hyatt House brands on the Eastern half of the U.S. Tierney has personally been responsible for more than 25 executed franchise and management agreements, including Hyatt Place New York City/Times Square, Hyatt Place New York City/Chelsea, Hyatt House Washington D.C./The Wharf, and Hyatt House Virginia Beach/Oceanfront. Prior to joining Hyatt in 2014, Tierney served as director of development for Cambria Suites at Choice Hotels International.

AutoCamp, the outdoor hotel experience, has expanded its executive team with the hiring of Anjali Agarwal as COO and Todd Wynne-Parry as chief growth officer. The company is also adding Robert Smit to its team as regional VP of operations.

As AutoCamp’s COO, Agarwal oversees the operations, brand, people and revenue functions of the company. She joins AutoCamp from Chartres Lodging, where she oversaw the company’s $2.2 billion portfolio of hotels and led several repositionings, operational turnarounds and exits. Her operations experience spans several years and brands (Hyatt, Marriott, Taj Group of Hotels) and countries including participating in the expansion of Marriott into India.

Wynne-Parry is responsible for business development of new joint venture and development partnerships. He has 30-plus years of hospitality industry experience and has held senior leadership positions at several major hotel brands, most recently at Commune Hotels & Resorts which eventually became Two Roads Hospitality. There, he was instrumental in the company’s international development efforts. He has also led successful efforts for InterContinental Hotels Group, Starwood and Marriott in the Asia-Pacific region.

As regional VP of operations, Smit oversees hotel operations and new property openings. He has experience in multi-brand and multi-unit operations and has most recently worked with Marriott, Hilton and InterContinental Hotels Group. He has supervised a portfolio of hotels ranging from six to eighteen properties, including upscale full-service, select-service, five-star, branded and independent boutique assets.

Chicago-based First Hospitality has expanded its executive leadership team, adding five new industry veterans and internally promoting a leadership team member as the company takes the next step in development of the next generation hotel investment and management platform.

Charlie Muller joins First Hospitality as SVP of investments to lead the investment and development platform. He oversees the investment process in the company’s growth strategy through acquisitions and development and assists in aligning the company with new capital sources. With more than 35 years of hotel and recreational real estate experience, Muller most recently worked for Solid Rock Group, Omni Hotels & Resorts and CNL Financial Group where he served as EVP/COO for CNL Hotels & Resorts and CNL Lifestyle Properties.

Don Fraser, SVP of operations, brings more than 30 years of hospitality experience to First Hospitality. Fraser will partner with COO Paul Hitselberger and oversee the operational excellence of its full-service and soft-brand portfolio. Fraser’s previous roles include serving as managing director with Highgate Hotels in New York and corporate director of operations at Denihan Hospitality Group.

Danny Py recently joined First Hospitality as VP of restaurants & bars, where he is responsible for growing the company’s restaurant and bar portfolio and improving the operational excellence of the food and beverage department for all First Hospitality properties. With more than 29 years of experience in hospitality F&B, he oversees concepts and provides the teams with the right tools to increase productivity and enrich the company’s culinary offerings. Prior to joining First Hospitality, he served as corporate director of operations at the Richardson Group in South Carolina and corporate director of food & beverage at Kessler Collection.

Deborah Cooley, VP of hotel group reporting and analytics, is responsible for leading the financial reporting to First Hospitality’s ownership groups and providing further scalability of the company’s platform. Previously serving as VP of accounting at Spire Hospitality and SVP of accounting at Wyndham Vacation Ownership, Cooley has more than 25 years of experience in real estate and hospitality finance roles.

In his new role, Peek leads the HWE hotel group and works to build the firm’s overall hospitality brokerage platform through increased transaction volume and the development of new and existing client relationships. He will be based in the firm’s New York City office.

He has completed more than $30 billion in hotel sale, debt and structured finance transactions over his career. He joins HWE after serving as senior managing director, head of hospitality practice, at HFF for more than 12 years. Prior to that, he was a co-founder and managing director of Regent Street, an affiliate of The Plasencia Group. He has also held numerous hotel operations and consulting positions over the course of his career.

In her role, Deva is responsible for planning and executing on strategic growth initiatives as the company continues to expand. She brings to the company extensive experience in hotel administration, corporate finance, investor relations and management consulting.

Prior to joining Maya Hotels, she served as a management consultant for Boston Consulting Group, where she worked with clients across the aerospace and defense, pharmaceutical and financial institution industries on projects varying from business development strategy to supply chain optimization.

Prior to joining Boston Consulting Group, she was a financial analyst in corporate finance and investor relations with Pebblebrook Hotel Trust, where she developed scalable key portfolio financial models, coordinated and directed the execution of more than $1.2 billion dollars of capital markets activity, collaborated with all departments within the company to facilitate the quarterly reporting process, and provided critical investor relations materials.

Usyk will work to advance the industry’s interests in several issue priorities, ranging from supporting policies that facilitate international travel and tourism, to increasing transparency for consumers booking hotels online.

He comes to AHLA after serving eight years as a senior staffer in the U.S. Senate, including more than three years as legislative assistant to U.S. Senator Robert P. Casey Jr. (D-Penn.). He previously served as a legislative aide to Senator Kirsten Gillibrand (D-N.Y.) and worked on her 2010 re-election campaign.

Usyk is part of a 10-person team of government affairs professionals with extensive experience on Capitol Hill and in federal, state and local advocacy.

Foris has been with the company for seven years, and has cultivated many of the key relationships and growth opportunities throughout the major divisions of the company, including partnerships with national and state parks, recreation activities, hotels and lodging, condominium management, and operating senior living facilities.

Before joining Guest Services, he was the CFO for the Washington Redskins, where he steered the organization through six months of an impending lockout, and was part of the core management team that developed new sponsorship deals and brought a new business line of special events to FedEx Field. In addition, he was responsible for all major financing activities of the organization.