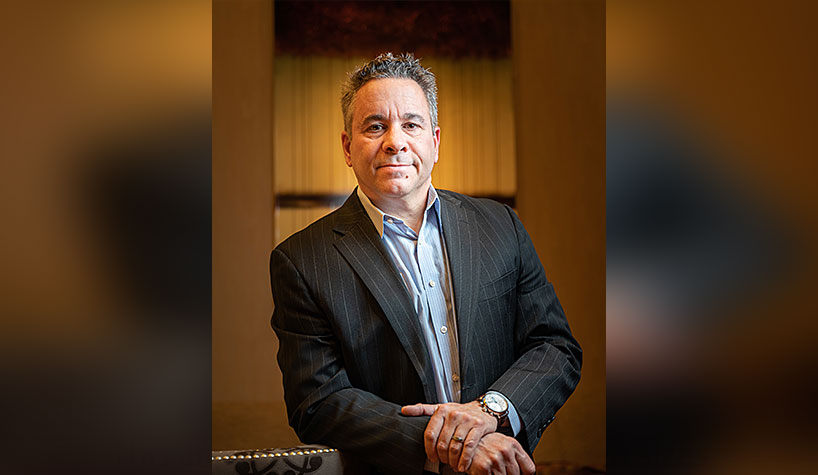 INTERNATIONAL REPORT—Companies in the hospitality arena are making personnel moves. Here’s a look:

In his new role, Taloricco is responsible for the expansion of Access Hotels & Resorts’ portfolio of managed hotels. He will maintain oversight for the U.S. and Eastern Canada and brings extensive experience in hotel development to the company.

In the role, he is responsible for assisting with growing and supporting HVMG’s third-party management and new-development efforts. Prior to joining HVMG, he was SVP at Strand Hospitality, where he oversaw the strategic growth of the company’s 36-hotel portfolio. During his career, he has been VP/director of development with Hotel Equities Inc., and prior to that, president of mergers, acquisitions and development with Atlanta-based Longhouse Hospitality.

He was also responsible for founding and launching Suite One Hotels, an extended-stay brand located throughout the southeastern states.

Vacasa has appointed a new chief technology officer. Jeff Flitton, previously the company’s VP of engineering, has taken over from former CTO Tim Goodwin. The move comes as Goodwin, who has been with the company since 2017, relocates to California to pursue a new opportunity as CTO of TigerConnect, a healthcare communication platform.

Goodwin is credited with laying the foundation for the company’s technology organization. In his three years with the company, Goodwin scaled Vacasa’s platform from supporting 5,000 vacation homes to its current inventory of more than 25,000 vacation homes around the globe. He demonstrated dedication to fostering an inclusive workforce by spearheading several diversity, equity and inclusion (DE&I) programs and partnerships throughout the company. Most recently, he engaged with Treehouse and the TalentPath program to recruit and train a class of technology apprentices, who were later hired into full-time roles as software engineers.

Flitton, who also joined the company in 2017, is focused on expanding machine-learning applications as Vacasa develops new products and services to meet the needs of the company’s 21,000-plus homeowners and two million guests per year. He will also continue to scale Vacasa’s platform to support the integration of Wyndham Vacation.

JLL Hires Hall as Head of HR for the Americas

JLL has named Raymond Hall as its head of human resources (HR) for the Americas.

In this role, Hall leads JLL’s HR team in the Americas, partnering with the firm’s businesses to acquire, develop, engage and reward employees. He succeeds Mary Bilbrey, who maintains her position as JLL’s global chief human resources officer (CHRO).

Joining from the Larry H. Miller Group of Companies where he served as CHRO, Hall will relocate from Salt Lake City to Chicago. He began his career with the U.S. Army and then worked in a variety of industries and roles at organizations including the International Paper Company, Cargill, Ulteig and Flowserve Corporation.

Diana Plazas-Trowbridge has been appointed chief sales & marketing officer for Marriott International in the Caribbean and Latin America.

In this role, she is responsible for the consumer operations organization and oversees all aspects of sales, marketing and revenue management across the 33 countries where Marriott has representation from 20 of its industry leading brands.

A native of Cali, Colombia, Plazas-Trowbridge joined Marriott in 2015, as VP, brand, marketing & digital Caribbean and Latin America. She has led the field marketing & digital organization for the region, as well as the launch of Marriott Bonvoy and managed these disciplines through the integration of Starwood.

In his new role, Sacks supports Mode:Green clients from project start and design phases through the finishing touches, with the highest level of service. He was most recently based in Singapore as the global hospitality quality leader at Lutron Electronics. With a specialty for field project management and commissioning of large lighting, shading and guestroom control projects as well as background working at Air Force and Navy bases, he has worked with top lighting designers and hotel brands to deliver systems for hotels across the U.S., Southeast Asia, Australia, Japan, and other international locations.

In her role, Gonzalez oversees all marketing campaigns and branding for the company, including the implementation of large-scale plans and the launch of the new brand site. In addition, she oversees all public relations efforts for the resorts and manages agency teams.

Gonzalez brings more than 14 years of hospitality experience to the company. Her career began with Fairmont Hotels and Resorts while attending Johnson & Wales University in Miami. Most recently, she was with Davidson Hotels and Resorts as the director of sales and marketing for Baker’s Cay Resort Key Largo, Curio Collection by Hilton, where she oversaw all marketing and public relations efforts for the property including the resort’s rebranding.

She also played a role in the launch of Acqualina Resort & Spa On The Beach as director of sales & revenue management.

In his new position, Gosal consults with Besen Partners’ clients and affiliates regarding investment and acquisition opportunities of hotel assets. Prior to joining Besen Partners, he was the business development and overseas sales manager for Nuevo International. His experience in the hospitality sector also includes transaction advisory positions for Backpacker Panda and JW Marriott Corporation in Mumbai and Ternate Hospitality in Pune, India.

Execs on the Move at Access Point Financial, MGM, Rocco Forte INTERNATIONAL REPORT—Hospitality companies are bolstering their leadership rosters. Here’s a look at recent personnel shifts at…
People on the move at Access Point, Benchmark, more… As the hospitality industry continues its improvement from the pandemic, companies are adding or promoting employees.…
New board members for Vacasa, CHLA; more people on the move Vacation rental management platform Vacasa has added a new member to its board of directors, while…
Execs on the Move: Lark Hotels, Vesta, Kempinski; More... INTERNATIONAL REPORT—Hospitality companies are appointing new leaders to their teams. Here's a look at the recent…